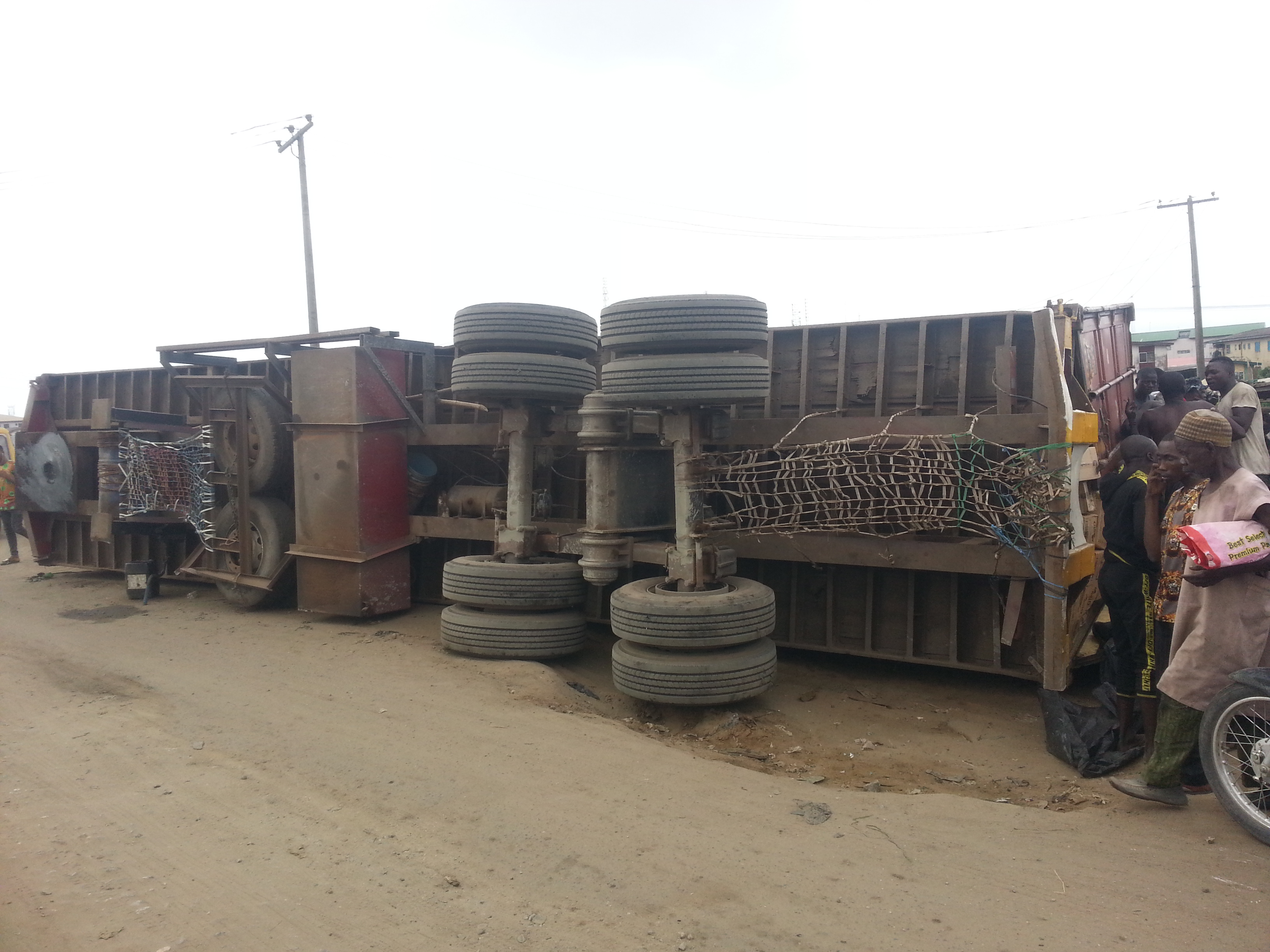 Commuters and motorcycle operators escaped death by the whiskers opposite Lagos State University (LASU), Ojo Campus, on Friday morning, as a 40-foot container, with Registration Number FKJ 555 XX, fell off the road.

The incident, it was learnt, happened at about 5:30a.m on Friday.

The container, it was gathered, was heading to the Trade Fair International Market along the Lagos-Badary Expressway, before the container fell owing to a bad spot opposite the LASU Campus.

An eyewitness, Mohammed Yusuf, said they were saved by God. He noted that the container would have crushed him and five other Okada riders, including commercial vehicles that was trying to overtake the container at the bad spot.

“It was God that saved us. We normally part at that spot, waiting for passengers from LASU. So we saw the container it was already late.

“As it was shaking, we quickly ran away. Even a coater commercial vehicle that was close to it managed to escape. There is no week articulated vehicles don’t fall here”.

As of the time of filling this report, no security personnel was seen at the scene, while attempt were being made to move the good to another container.

2-year-old baby sold for N 850,000 by orphanage recovered by police in Enugu