3 suspects arrested for diverting truck load of milk worth N23m 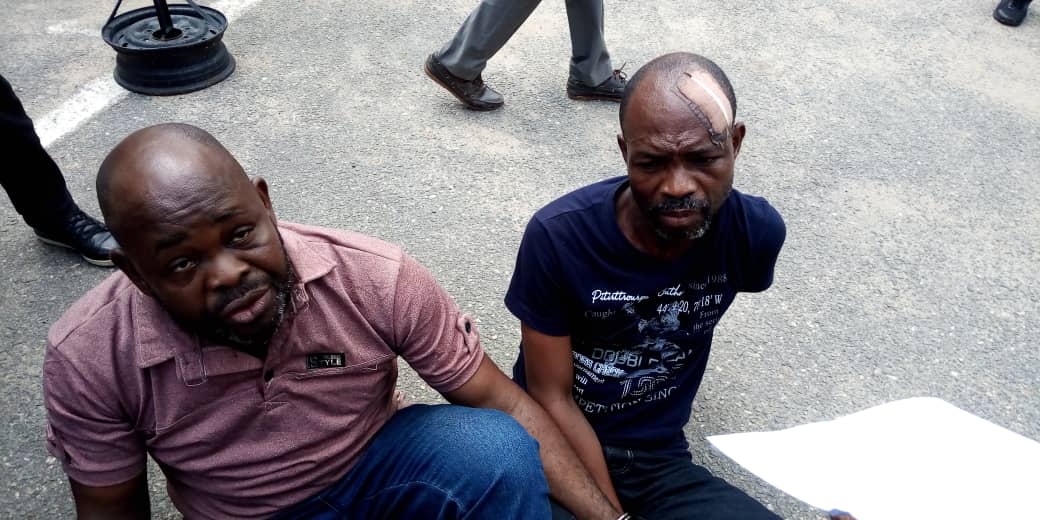 The suspects – Adesoji Olarewaju, 43, Sunday Ejirille, 52, and James Oja, 45, had hijacked the truck from Lagos and diverted same to Abia State.

They were tracked to Abia State where they were arrested and the goods recovered.

It was gathered that the driver of the truck, James Oja, had been employed by a logistics company to transport the 30-tons of powder milk from Lagos to Abuja.

Oja, however, connived with Olarewaju and Ejirille to divert the truck to an unknown destination.

Lagos State Commissioner of Police, CP Zubairu Muazu, had received a petition about the matter on May 13.

The police boss had immediately ordered a team of policemen to investigate the matter.

The suspects were traced to Abia State where the truck and goods were recovered.

While parading the suspects at the command headquarters, in Ikeja, on Thursday, CP Muazu said, “ The notorious criminals who specialized in diverting and stealing company goods were arrested in Abia State and the goods recovered.”

Denying membership of the gang, Ejirille, the alleged ringleader, claimed he had only gone to collect his money for the supply of tyres from the other suspects.

“I sold some tyres to Emeka and he called me to come and collect the money for the tyre , that was when I was arrested by the police.

“I was not  aware they were carrying a stolen goods, I only sold tyres to them. I didn’t know anything about the stolen milk, I only sell tyres.”

Countering Ejirille’s confession, Oja said that Ejirille was aware of the stolen goods and that it was the same Ejirille that invited him to where he was arrested.

Oja said “I was at home, when I got a call from Ejrille that I should help them get people to buy the goods.

“He was aware that the goods were stolen. I was not part of the diversion.”

CP Muazu said that the suspects would be  charged to court on the completion of investigation.

NANS tender apology to Nigerians over protest against APC leadership