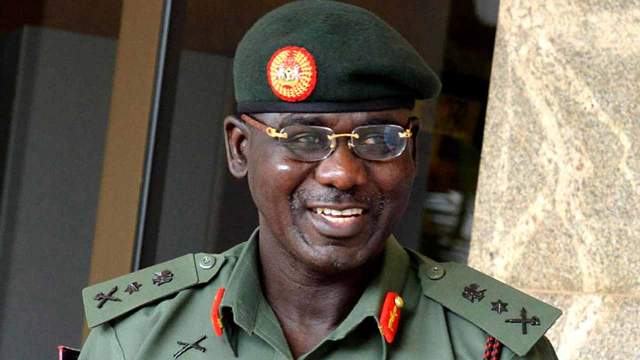 The Chief of Army Staff, Lt.-Gen. Tukur  Buratai on Wednesday accused some defeated politicians in the just concluded general elections of being responsible for the current heightened situation in parts of the country.

Buratai  leveled the accusation in Maiduguri when he received the House Committee on Army led by its Chairman, Rep. Remande Shawulu, at the Theatre Command.

“The myriad of security challenges we are facing now in the North West, North Central and other parts of the country, I want to believe and rightly so, is the fall out of the just concluded general elections.

“There are several political interests, politicians in particular not happy with their defeat and therefore, trying to take revenge, sponsoring some these criminal activities.

“So, I will use this opportunity to call on the honourable members here to prevail on some of these politicians to look at national interest first before any other political or sectional interest.

“We have some strong evidences but we are still being cautious so that we don’t get it wrong,’’ Buratai said.

The army chief advised those politicians against doing anything to aggravate the security challenges.

Earlier, Shawulu said that the committee was at the theatre for its usual oversight function.

He paid tribute to officers and soldiers, who had died in course of the counter insurgency operation, saying they sacrificed their lives for the security and peace of the North East and country at large.

News Agency of Nigeria (NAN) reports that the committee visited the Maimalary Military Cemetery, where three personnel killed by IED on Monday were buried and 7 Division Military hospital to empathise with wounded soldiers. (NAN)