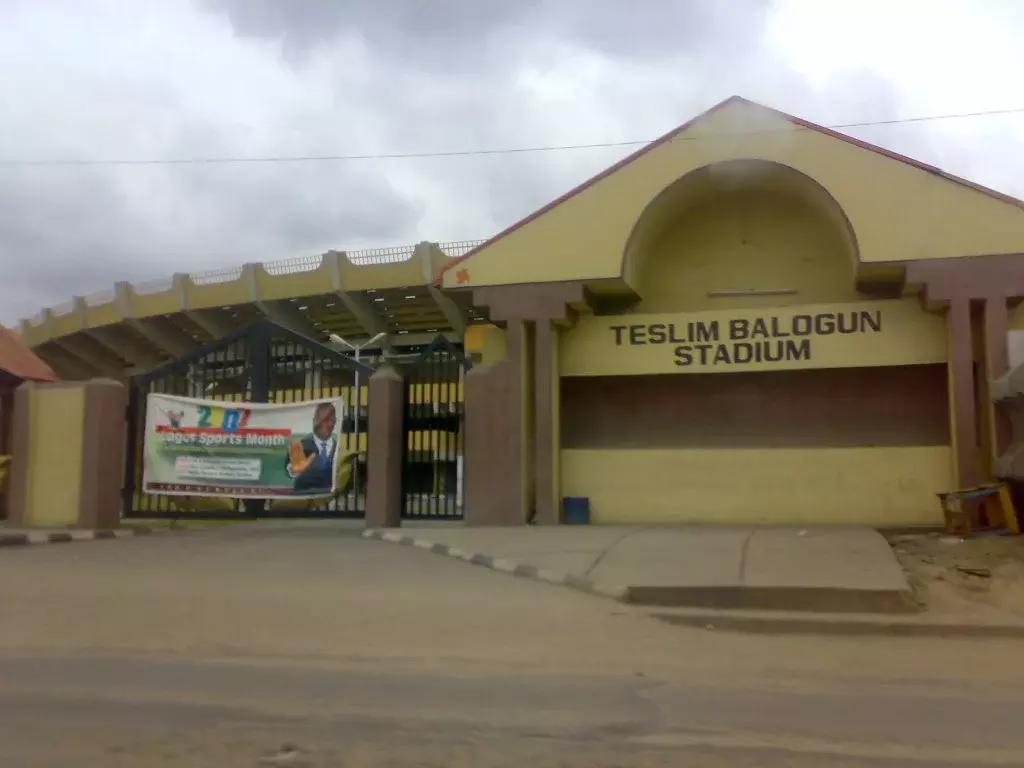 The sports family in Lagos was on Monday shocked to find that state-owned Teslim Balogun Stadium in Surulere had been sealed off by policemen.

The News Agency of Nigeria (NAN) reports that a detachment of policemen and other security officials were stationed at the entrance of the stadium, preventing people from gaining entrance into the facility.

The Lagos State Sports Commission (LSSC) had been engulfed in crisis following an April 23 circular singed by Adeniran Odeyemi, Permanent Secretary, Cabinet Office, directing heads government agencies to hand over by May 10.

However, LSSC Chairman, Dr Kwekwu Tandoh and the Director General, Babatunde Bank-Anthony, had claimed that the Commission not affected by the circular.

But the workers union and athletes had earlier threatened to shut down the commission if Tandoh and Bank-Anthony showed up in office after their May 10 hand over date.

NAN reports that a portion of the read; “Members of Statutory Board, Chief Executive Officers of Parastatals, Oganisations and Governing Council, whose tenure have not lapsed are not affected by this directive.

Some of the sportsmen using the facility as training ground were also turned back at the gate by the security operatives, citing order from state secretariat.

“We are told that the security officials were posted from Alausa to prevent a breakdown of law and order. The state government got wind that some staff and athletes wanted to stage a protest in the stadium.

“I believe government cannot act in isolation, so in order to make the stadium safe, government needed to act.

“Though this is the first time  we are experiencing such occurrence,” said an athlete who pleaded anonymity.

LSSC Spokesperson, Titi Oshodi, was not available to comment on the development as calls to her phone were not answered.

It would be recalled that coaches and disable athletes had staged a protest on May 8 calling for removal of Tandoh and Bank-Anthony.

The protesters complained about lack of grassroots development and non-payment of their salaries and allowances. (NAN)