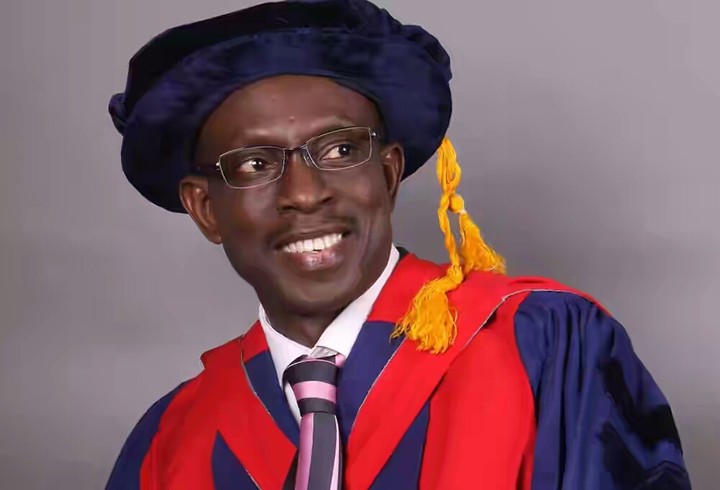 Fagbohun, a professor of Environmental Law and a Senior Advocate of Nigeria (SAN) said this, on Thursday, in his lecture at the 4th Annual Stakeholders Interactive Session on Noise Pollution Control in Lagos State.

The theme of the lecture was : ‘Noise Mapping and New Urban Development Plan – The Lagos Experience.’

Said he, “A noiseless Lagos is not something that is not achievable; it is, if we are all committed.

“The Lagos State Environmental Protection Agency (LASEPA) communiqué of 2016, which projected that by 2020, Lagos State will be a noiseless city through the reduction of noise pollution to the nearest minimum, is unrealisable as 2020 is close.

“This law must be reviewed and this time, it must be all inclusive,” he said.

According to him, all hands must be on deck to eradicate or reduce noise to a barest minimum in our society as noise is hazardous, poses threat to well being of human and kills gradually.

Fagbohun said in addressing the issue of noise pollution towards achieving the desired Lagos as a smart city, noise mapping, efficient for strategic management of environmental noise and a product of assimilating collection of digital database, should be adopted.

“Other effects of noise on human health are emotional disturbance, low productivity at work, decrease in quality of life and life expectancy, while animals, vegetation and property are also not spared,” he said.

The professor noted that while noise was invisible and highly intermittent, thus making infraction difficult to prove, measurement must be taken at the right places and times in order to document a noise violation.

The vice -chancellor explained that the Environmental Management and Protection Law, 2017, Section 177 that empowered LASEPA, focused on offenses created by musical record and equipment.

According to him, the seemingly disinterest in the regulation of noise can be attributed to the fact that noise is regarded as a nuisance rather than a health hazard or safety issue.

The professor said there was also no physical scars from the impact of noise, while individuals responded differently to its effect, the level of noise during the day, night, residential and industrial areas varied, among other factors.

According to him, a study which revealed that vehicle horn was used majorly as an instrument of joy or torture by Nigerian drivers either for expressing gratitude or gaining attention.

He said horn was also used to alert of danger or as music to entertain the driver and his conductor, to vent anger on vehicles ahead that failed to give way, among others.

“This was the rationale of a day without horn in Lagos held on October 15, 2014 to eliminate unnecessary horning, which should be reinstituted and sustained.

“Motorist can actually do without unnecessary horning if we can be patient with ourselves,” he said.

According to him, among challenges that have stalled the control of noise in Nigeria are inconsistent and incomprehensive enforcement, agencies lacking funds as well as personnel necessary to carry out their enforcement roles.

The professor urged the state government to emulate advanced countries such as Japan and develop stiffer sanction for perpetrators of noise pollution.

“To significantly decrease noise pollution and move close to levels recommended by the World Health Organisation (WHO) by 2020, the European Union (EU) adopted the Environmental Noise Directive (END) (2002/49/EC).

“EU member states are, among other obligations, required to conduct a process of noise mapping and preparing action plans for management of noise in five year cycles,” he said.

Mr. Babatunde Durosimi -Etti, Commissioner, Lagos State Ministry of Environment, said the growing awareness of the menace on the citizenry and their right to a good life and serene environment had necessitated the state government to manage and reduce noise pollution.

Durosimi-Etti said while noise pollution in Lagos, as we all knew, was part of urban landscape, it must be managed and controlled such that excessive noise does not conflict with human activities and people’s perception of well being.

“I appreciate the Governor of Lagos State, Mr Akinwunmi Ambode, for his unwavering commitment in making Lagos State a better and serene environment for its citizenry,” he said.

Antonio Ayodele, General Manager, LASEPA, also said the ability to measure ambient noise levels and appropriate representation on the map of Lagos would provide powerful tool for spatial identification of noise sources, its spread and impact.

“The first step to decrease noise pollution is the preparation of noise maps to enable comparison between noise levels relative to noise locations on the maps.

“The necessity of the map is to also determine exposure level of residents, while an ideal noise maps can give basic information about city traffic plan, its development, research and impacted areas for urgent attention,” he said.

Students of Regan Secondary School, Lagos also staged a drama presentation to sensitise the audience on the effect of noise and charged the government and other stakeholders to address the menace.

Ambode takes to the gym ahead testimonial match