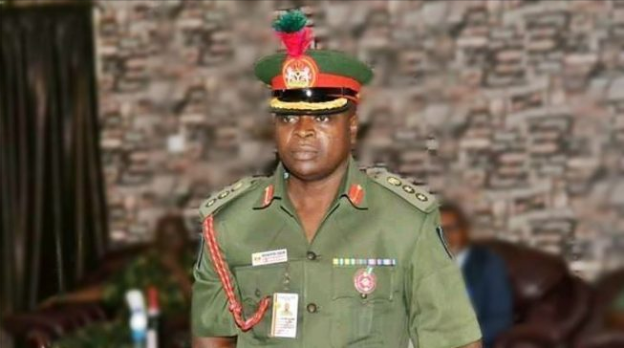 The Nigerian Army says President Muhammadu Buhari has approved the appointment of Shuaibu Ibrahim as Director-General of the National Youth Service Corps (NYSC).

The army’s claim was contained in the report of the senate committee which investigated the appointment.

The Army had announced Ibrahim as the new NYSC boss, raising concerns in different quarters that the Presidency ought to announce the replacement of Suleiman Kazaure, Ibrahim’s predecessor.

Section 5 of the NYSC act stipulates that only President could make such appointment.

“(I) There shall be for the service corps a Director-General who shall be appointed by the President,” the section reads.

Spokesman of the  Nigerian Army, Col. Sagir Musa, had declined to speak on the issue when contacted.

The Senate subsequently mandated its Committee on Youths and Sports Development to investigate the appointment to confirm if the law was violated.

According to Ochigbano, “The COAS was represented by G.A.T. Ochigbano, Army’s acting Secretary who made written and oral presentations.

“Three suitable and qualified candidates were nominated for the President to chose from.

“Their nomination was conveyed to the President through the Minister of Defence via a letter dated 13 February 2019.

“The Minister of Defence confirmed to the DG the president’s approval of Ibrahim via a letter dated 18 April 2019.”

He said the committee found out that “the appointment is in accordance with the provisions of NYSC Act” and that “no law was violated as presidential approval was granted before appointment.”

“The committee hereby recommends that due process was followed in the appointment,” he added.

Reacting, Senate President Bukola Saraki said the Senate would continue to play its role in ensuring due process.

He said, “That is why we are here, at all times to ensure that the interest of Nigerians and due process is followed.

“If there are many more like this, that affects Nigerians, we must play our roles in ensuring that we bring it to attention of us here and we do our own work.”