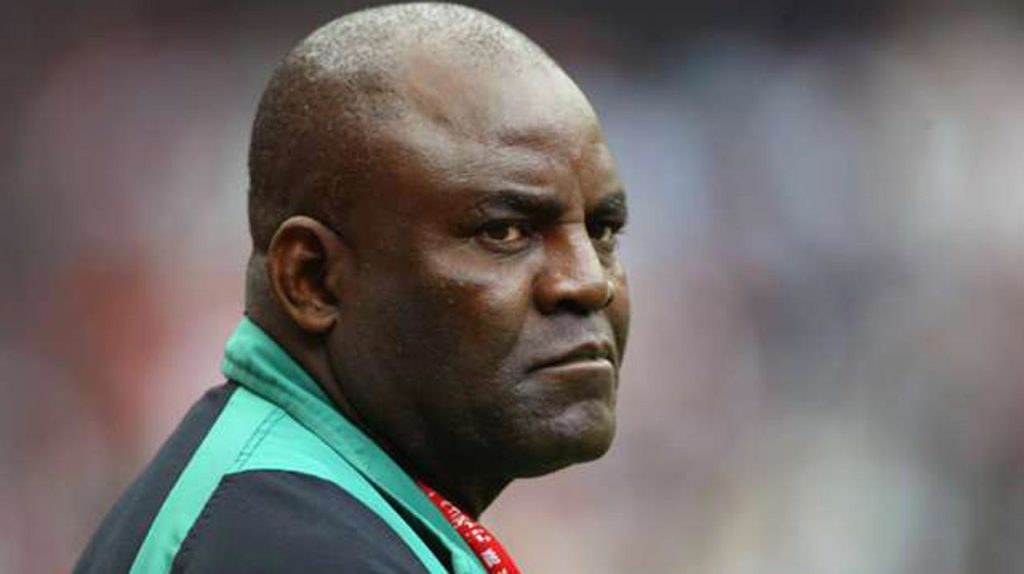 Otedola, who was represented by the Chairman of Otedola Foundation, Phillip Akinola, made the donation on Wednesday during a visit to the Enugu residence of Chukwu.

He said that his foundation would do everything possible to ensure that the former skipper of the Super Eagles regained his health.

He added that the medical trip of the former coach and current Technical Director of Renters International FC, would be under the supervision of the Nigeria Football Federation (NFF).

Earlier, the NFF President, Amaju Pinnick, said that the organisation was appreciative of all those that made them aware of the health challenges of Chukwu.

Pinnick described Chukwu as a living legend, adding that the NFF would not allow him to die.

He said that it was a situation like that that made the NFF under his administration to set up a foundation to cater for ex-footballers.

“Without players there will not be NFF. The foundation will take care of him. We believe it is not just the responsibility of the state government alone,” he said.

Pinnick said that the NFF was making consultation to fly Chukwu to London for surgery.

“This cheque is to take care of his medical surgery. We are in touch with the British Consular to arrange the trip,” Amaju said.

Responding, the son of the former coach, Emeka Chukwu, thanked the donor and the NFF for their interests in his father’s illness.

The News Agency of Nigeria (NAN) reports that the delegation comprising Gov. Ifeanyi Ugwuanyi of Enugu State and members of the State Executive Council, after the visit proceeded to Nikea Specialist Hospital to access the medical records of Chukwu for onward transmission to a London hospital. (NAN)

I can’t be struggling with cows to enter Govt. House – Umahi warns…

MTN Nigeria moves to list on NSE, converts into a public company — Official