Nigerian Army has been unfair to me  –  Obisia Nwankpa 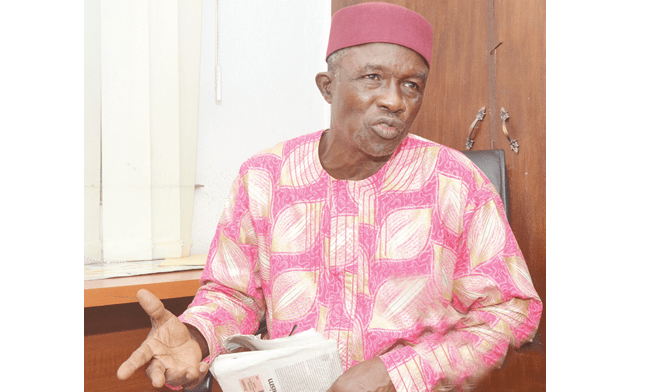 Obisia Nwankpa, popularly known as ‘Golden Gloves’, during his boxing career, was once Nigeria’s most prized boxer.

During his heydays, he was African Boxing Union and Commonwealth Light Welterweight champion as well as the number one contender to the WBC title.

In this interview with Ifeanyi Eduzor, the former national boxing coach speaks on his experience, as a boxer, state of Nigerian boxing and his running battle with the Nigerian Army to get his pension paid and many more.

I started boxing at a very young age in the 60’s when I was just 13. At that time, I was living with my parents at Odo Olowo area of Mushin, Lagos. There was a boxing coach then in my area, called Nicholas Kusry, who had one of the most popular boxing clubs then in Lagos. It was at that time that boxing greats like the legendary, Mohammed Ali, Hogan ‘Kid’ Bassey and Dick Tiger Ihetu held sway. These great boxers made me develop interest in boxing and after school, I would sneak into the boxing club to train with other young boys.

Didn’t your parents frown at your involvement in boxing at that tender age?

At that time, my father was working with the medical department of the Nigerian Army and my mother was a businesswoman. Most times, they were not around when I went for my boxing lessons. But something happened in 1967 when the Nigerian Civil war broke out, which shaped my life. On that particular day, when I came back from school, I could not see my parents and on further enquiries from our neighbours, I was told how my father escaped from Federal troops and I couldn’t locate him again. One of our neighbours harboured me for sometime but one day there was an announcement over the radio that anybody caught harbouring Easterners would be dealt with and that was how the good Samaritan took me to Alakara Police Station and from there, I was taken with other young boys to a refugee camp at Sabo Yaba.

On getting there, we were sent to various schools and that was how I found myself at Mapara Boys School. At the school, the Ministry of Labour and Productivity, allowed us to take part in sports and I was involved in table tennis, football and boxing. But because of my background in boxing, I learnt the trade very fast and that was how I was sent on a nine-month training tour of Germany. By the time I came back, I was fully prepared to take the game by storm.

One would like to know how you came about the name ‘Golden Gloves’ during your illustrious boxing career.

It was the late Sports Editor of Daily Times, S.B. Bakare,  that gave me that name. He believed so much in me and wrote many good articles about me. He also made correct predictions about me before any fight. When I was going for the All African Games in 1973, he predicted I was going to come back with gold medal and it came to pass. Also, before we left for New Zealand in 1974 for the Commonwealth Games, he also predicted I was going to win gold and I did it in style, beating Ghanian Anthony Marley in the finals.

The late Bakare really influenced me with his write- ups and made me build my confidence level and I will never forget him. I implore other journalists to take the same interest in our athletes because writing good stories about them make them believe in themselves and give their best to the country.

For sometime now, you’ ve been  having a running battle with Nigerian Army over the non payment of your pension. What is the position now?

The truth is that Nigerian Army, which I served for 15 years, has not been fair to me. I say this because since 2012, the Army Pension Board has not paid me my pension.  When I was compulsorily retired in 1984, as Warrant Officer 1, I was paid my gratuity and I started receiving my pension but in 2012 when I missed a verification exercise because of national assignment, they stopped the payment. I have visited their office in  Abuja many times without success. At a time, they paid me one year after which they stopped further payment  and that is why I am appealing to the Chief of Army Staff, Lt. Gen. Tukur Burutai, to use his good offices and correct the anomaly, at least, if for not other reason because of the honour I brought to Nigerian Army. I stand to be corrected that no Army officer dead or alive brought more honour to the Nigerian Army than myself and the records are there for all to see.

As a former national coach, how would you describe the state of Nigerian boxing?

It is unfortunate that our boxing both at the amateur and paid ranks is retrogressing instead of progressing. It is not that we don’t have good coaches and boxers, but the environment is not conducive for the athletes to be at their best. I remember in those days when  we were preparing for the All African Games or the Commonwealth Games, we will be sent on training tour to Cuba many months before the tournament to sharpen our skills but these days boxers are hardly sent on those tours and even when they do, it’s only for few weeks and they will hardly learn anything because the time is too short. It is also important to state that during our time, we had a lot of championships both local and international which really helped us and so long as we don’t get it right administratively, things will continue to deteriorate. It is unfortunate that a country like Nigeria which has produced many great boxers in the past are now playing second fiddle to countries like Ghana, Cote d’ Ivoire, Togo and even Benin Republic.

It is equally unfortunate that Nigeria will not do anything to encourage her athletes but when that person wins laurels in the colours of another country, government officials will roll out the red carpet celebrating the person like they are presently doing with Anthony Joshua.

But Anthony Joshua is a Nigerian and must be celebrated by his country men.

Anthony Joshua is not a Nigerian and I stand to be corrected.  This is a young man who has lived all his life in the United Kingdom and even represented that country at the Olympics where he won gold. The British Government has equally invested so much on him and he sees himself as a Briton, So, why must Nigeria who never invested a dime on him come out now to be celebrating what does not belong to them.

How would you react to the allegation that when you were the national boxing coach, Anthony Joshua wanted to fight for Nigeria but was turned down.

I’ve heard that allegation from different quarters. Some even said part of the reasons he turned down Nigeria was because they told him to come for trials before he would be considered as part of ‘Team Nigeria’ and I keep on telling people it is a false story. I think as the former national boxing coach, I am in the right position to speak on the matter. The truth of the matter is that there was no time Joshua indicated interest to represent Nigeria. This is a person, who sees himself as British and nothing more. Although his parents are Nigerians but he sees himself as British and nobody will blame him for taking that position because of the opportunity provided for him by that country, which enabled him climb to where he is today.

Are you not concerned that apart from GOtv boxing fights there are no more serious boxing promotion in the country?

I’m concerned like every other Nigerian because during our time, we had a lot of promoters and fights were organized on regular basis which helped keep boxers in top shape. However the reverse is the case now probably because of the economic situation of the country. You should realise that promoters are businessmen who want to make profit from their investment and once they are not able to recoup their money, they become discouraged.

Having said this, kudos must go to GOtv for their consistency but I want to see the organisers give opportunity to more boxers and not limiting it to the same fighters.

Casting your mind back to your boxing days,which fight would you describe as your greatest?

Without mincing words, my WBC World title fight against American Saoul Mamby on December, 13,1981 which I lost by 2-1 split decision was,my greatest and whenever, I remember that fight, I feel like crying. I say this because the whole country was behind me and I trained hard for the fight but unfortunately, I lost narrowly in front of my home fans.

What advice do you have for upcoming boxers, who want to join the paid ranks?

My advice is that they should take their training serious and abstain from drugs which can ruin their career. They should also make sure they attach themselves to good coaches, managers and promoters. I remember, when I was preparing for WBC elimination fight, I joined the camp of legendary boxing promoter, Don King. Immediately I landed in the USA, he changed my wardrobe, put me in a five star hotel and gave me good money which helped my training.

Do you have any regret becoming a boxer?

I don’t have any regret because boxing gave me fame and made me who I am today. It was also through boxing that I became a household name not only in Nigeria but all over the world. The sports also took me to various parts of the world and I will forever be grateful to the sport.

South Sudan and Pope Francis’ gesture of peace to the world