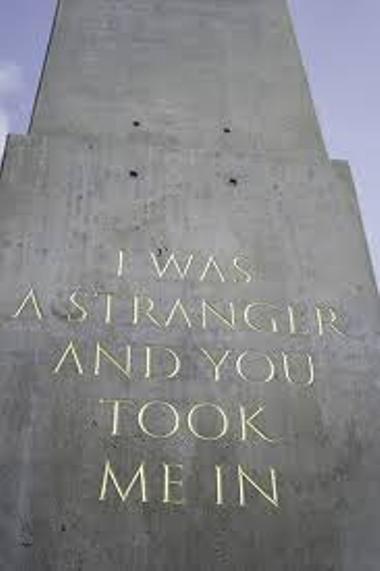 The erection of a controversial obelisk began in the western German city of Kassel on Thursday with workers installing parts of the 16-metre monument to refugees on the edge of the inner city.

Created by the U.S.-Nigerian artist Olu Oguibe for the Documenta contemporary art exhibition two years ago, the concrete obelisk honours “strangers and refugees.’’

The city authorities had the monument abruptly taken down after months of controversy, only to reach an agreement with the artist later on the monument, purchased with donations for 126,000 Euros ($142,000).

“I’m happy that the obelisk is being re-erected,’’ Oguibe said in response to a question.

He had pushed for the work to have a spot in a central part of the inner city; however, the city authorities rejected this.

The concrete column will now be erected on steps a couple of hundred metres away from its original position.

“The battle to keep the obelisk at its original location was important and honourable, but just as important was my engagement in keeping it in Kassel,’’ Oguibe said.

The concrete column bears the words, “I was a stranger and you took me in’’ written in gold text in German, English, Turkish and Arabic on each of its sides.

Pieces of art featured in Documenta, an exhibition held in Kassel every five years, often become popular among locals and are purchased through donations. (NAN)