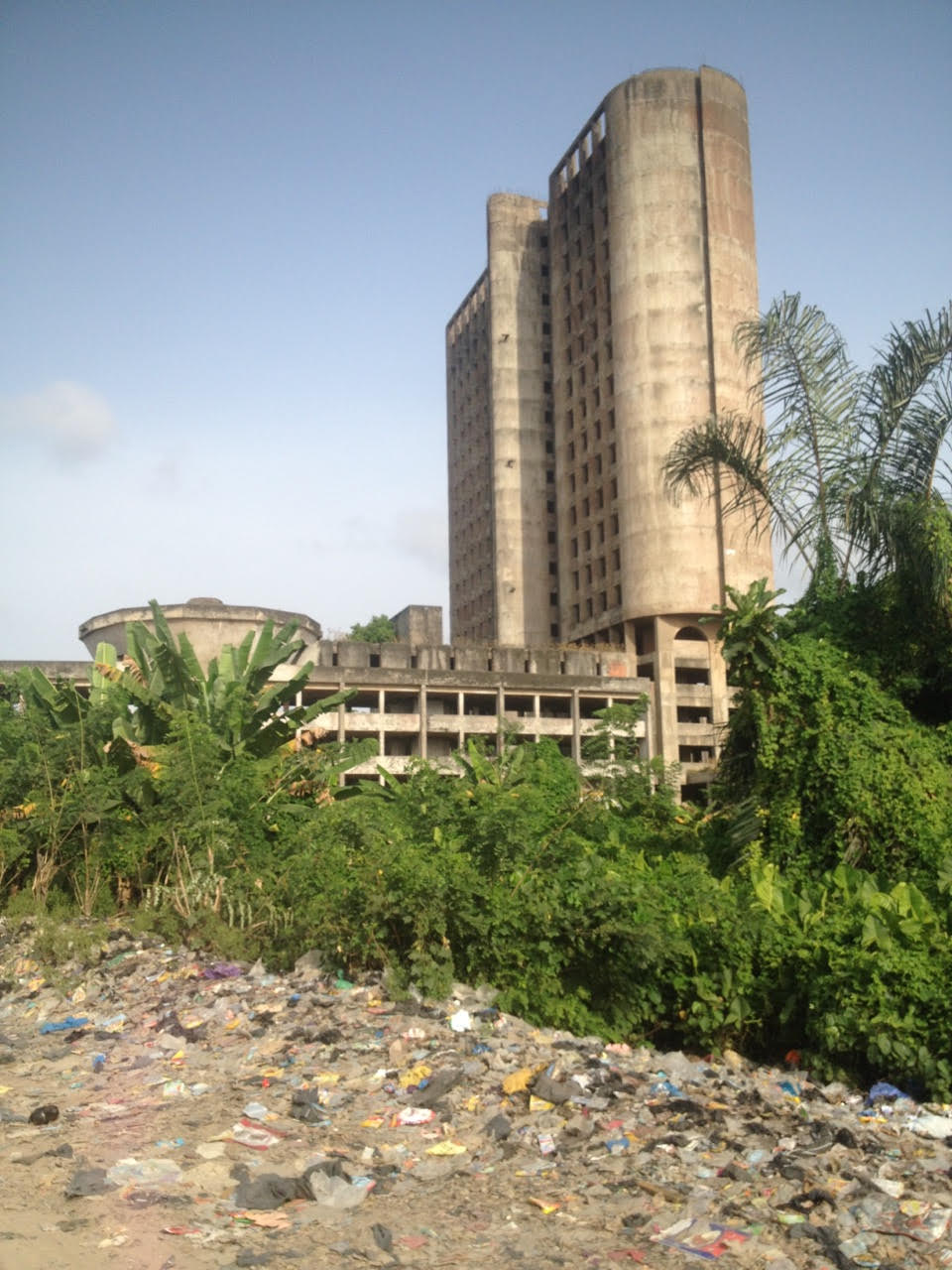 The negative effects of abandoned buildings in any society cannot be underestimated. In a cosmopolitan city like Lagos, abandoned buildings have served as shelter for the homeless and hideouts for urchins and criminals. Those who migrate to the city without proper planning sometimes find refuge in such abandoned properties.

In the past, the Lagos State Government had charged owners of abandoned buildings in the state to complete or risk forfeiting them, owing to the dangers such buildings pose to safety and security of citizens.

But one abandoned building that is like the father of all such ‘unlucky’ properties in Lagos, and which had played host to many criminal exploits, is the twin 18-storey edifice, belonging to the Federal Government. The building is situated at Iyanere Road, Abule, along the Lagos-Badagry Expressway.

The Nigerian Xpress learnt that the building, which construction was initiated by the President Shehu Shagari administration in the 1980s, when Lagos was still the capital of Nigeria, was meant to serve as office of Foreign Affairs. It was later abandoned when the capital was moved to Abuja.

Residents of the area had been complaining that the building had turned into a nest for criminal activities.

At a recent security meeting held at New Planet Resorts in Ojo, the Baale of the community had told the then Divisional Police Officer (DPO) of Ajangbadi Police Station, Area K,  Musa Alim, CSP, that the residents were disturbed about crimes being witnessed in the building.

The Nigerian Xpress investigation also revealed that criminal acts still occurred occasionally in the building mainly late in the night. The Oduduwa Peoples Congress (OPC) has taken responsibility for providing security in the building, while the presence of mechanic workshops close to the building has also helped to curtail the crimes committed in the daytime.

In a chat, the Commander of the OPC in the zone, Mr. Afolabi Omotoso, said many criminal acts had occurred in the building. He said kidnappers, armed robbers and cultists found the building useful for their nefarious activities. Omotoso lamented that on several occasions, they had resumed at the site in the morning to behold gory corpses either thrown from the top floors of the building, or hanged by the neck and dangling in suicide fashion.

According to him, a difficult task they faced in all the deaths they had recorded was that the victims were unknown and their relatives could not be contacted, owing to no traceable information about them. They were always left with the option of taking the corpse to the mortuary with the help of the police from Area K.

Even the police had fallen victim, as Omotoso recalled that they had once found the corpse of a serving police inspector dumped in the building.

Most of the corpses discovered in the vast building were usually found in decomposing state, except for those dumped outside where they could easily be seen.

Omotoso said: “I am a national member of OPC. I have lived in this Abule for years. The issue of this tall building, this Federal Government abandoned project has given us a lot of problems in this area. They killed, raped in the building. Some boys would carry their girlfriends there and throw them from the 18th floor. I said this must stop.

“I invited Ijanikin police station because I work with them. If I see any crime, I will call them. But I dedicated myself to see that we combat the situation the little we can, and our efforts yielded results. The bad boys are even hearing about us now. We have tried to make the place a little lively. There was a day they kidnapped people from Ipaja and brought them to the building. One of the victims escaped in the night, when we arrested him, he had only underwear on him.

“He told us how they were kidnapped from Ipaja and brought to the building. We went to the building to search for them, but before we could locate them, they had escaped, because they knew that the man that escaped would expose them. In another incident, they hanged one boy in the building. The corpse was already decomposing when we discovered it. I called the police, they came and we removed the corpse.

“This building is a home of crime.” Afolabi called on government to decide what to do with the building. He said if crime must be totally eradicated in the building, it must be made functional. “This property can serve for many things. The building is very solid. It can be used for a hotel, or they sell it to private individuals, who are ready to develop the building and make it functional. Abandoning it is not the best, as it poses great harm to the people in this neighbourhood.”

A mechanic adjacent the building, Friday Oge, told the reporter that they had witnessed many crimes in the building before the intervention of the OPC. He said crimes could only take place in the building now at night, unlike before, when even day time was not safe for people.

Friday said: “This building served as a home for all manner of criminal activities. We used to wake up and see abandoned corpses in the building. Sometimes, they will harvest some of the organs. We were living in fear, but the OPC is checking the building now. As you can see how big and tall the building is, if you climb up, you will notice that one can live there for years without being discovered. Recently, about four boys came here and parked a Toyota car with all the glasses tinted.

“They entered the building and spent the whole day there. We said maybe they were homosexuals. We called the police; they came and searched the whole building but they did not see them. They fired a shot in the air; the boys did not come out. It was when the OPC members came that they searched and brought them out and now handed them over to the police. The police took them away with the car.”

A commercial motorcyclist, who is a resident of the community, Ajala Nurudeen, said though there was a little relief, security patrol was necessary around the building, mainly at night.

He expressed the concern that a particular wing of the building overgrown by bushes might be providing cover for criminals and their unlawful acts.

Aside from being a criminal hideout, the building also serves lovers, who could not afford to rent a hotel room or those hiding from the public. Such lovers used the building as their comfort zone, another resident, Isiaka Rahman revealed.

When The Nigerian Xpress reporter entered the building and climbed to the 18th floor, he discovered that the building has many chambers where one could hide and not be easily found.

Youths were also observed smoking Indian hemp in the building, while others were dancing on the ground floor.

When the reporter visited Ijanikin Police station to confirm the claims of the OPC zonal commander, the Divisional Crime Officer (DCO), who declined to be identified, said they were seriously monitoring the building because if they relented, the criminals would come back in full force.

“We are monitoring the building now. We patrol there at night. There was a day we went for raid there; all the mechanics saw us and ran away. Sometimes, we do intelligence work. I would go in my personal car and put my boys inside. We will go and survey the area.”