Extra-judicial killings: Police to stop use of firearms during patrols, others – IGP Adamu 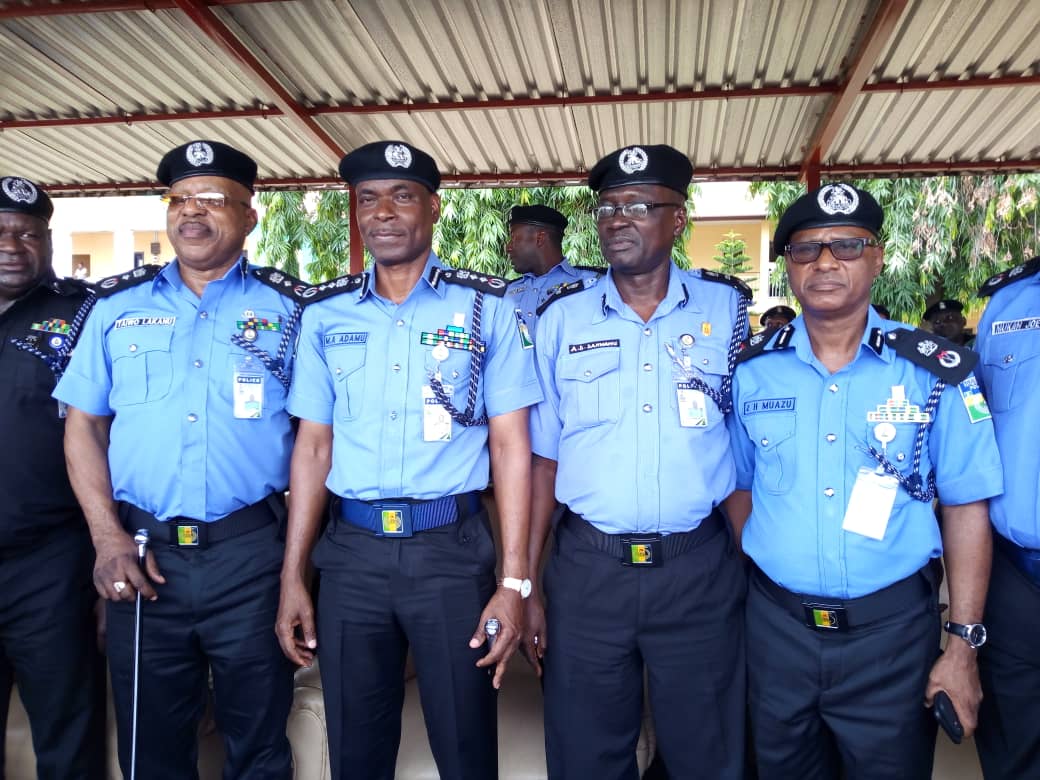 Inspector General of Police (IGP), Mohammed Adamu, has said policemen on patrol would soon stop carrying firearms, but instead use taser or stun guns.

The IGP’s statement came weeks after an upsurge in police shooting of innocent persons and various forms of brutality across the nation.

IGP Adamu, who spoke while addressing officers and men of the force at the Police College, in Ikeja, Lagos State, on Monday, said the decision was necessary to reduce incidences associated with misapplication of firearms.

Concerned by police killings in Lagos, IGP Adamu said, “It is with a deep sense of professional concern that I visit the Lagos State police command to address the personnel of the force in the state.

“This visit has become expedient in view of recent trend of unprofessional conduct by some personnel who, in utter disregard to their professional training, international protocols, constitutional dictates, force policies and ethical standards, have continued to drag the force into acts that  pitch it against the citizens we were engaged, paid and statutorily obliged to serve and protect.

READ ALSO: Is Nigeria under siege?

“I must empahsise that enough is enough. The nation and indeed the police under the current leadership can no longer tolerate abuses associated with the police either in Lagos or any other part of the country.

“I have already ordered that a signal be circulated to all police commands and formations warning of dire consequences, against any personnel that by their incorrigible acts deviate from accepted police culture and values.

“In the long term, rather than the use of firearms, we shall henceforth use technologies and weapon systems such as electro-muscular disruption technology which is commonly known as taser or stun guns by police for routine patrol, arrest duties and other low risk operations as a strategic approach towards reducing incidents of fatalities associated with misapplication of lethal weapons by the police as first line of response to any threat.

“From January to April  2019, Lagos has recorded four incidents of misuse of firearms which have resulted in extrajudicial killings of young citizens of this country and injury to others.

“More worrisome is that two of these incidents occurred within the last two weeks.

“Aside negating our professional calling,  extrajudicial acts of any description or level by any police personnel is an unacceptable anomaly that creates distrust and disdain between the citizens and their police and widen the trust gap between them.

“Even of most concern is that the fatalities that resulted from such indiscretional deployment of leather force leave behind trails of unbearable eternal pains and sorrow within the families, friends and associates of the victim.”

Condemning the act of police brutality and reckless killings, the IGP said sectional heads and Area commander’s would henceforth be held responsible when their men err.

He also warned that such personnel who engages in extrajudicial liking would be charged for murder.

The IGP continued, “First, we condole the families of victims of the recent incidents of misuse of firearms or other forms of abuse of power by identified police personnel in the state and to share in their grief.

“Second is to reassure citizens that as an institution,  the Nigeria Police does not and will never condone any form of abuse of power, acts resulting in misuse of firearms, over-zealousness and sundry unprofessional conducts by any member of the police regardless of his or her rank or position.

“We remain a disciplined organisation that strives to advance its covenant with the citizens in relation to protecting their lives and property and safeguarding them against any form of threat.

“We shall continue to provide the requisite leadership that will uphold and advance these sacred obligations and we shall do such in the most transparent responsible, responsive and accountable manner.

“I want to also reinforce the extant force accountability policy which holds any officer professionally and criminally liable for the consequences of their actions,  particularly, if such misuse of power resulted into the death, injury or indignity of citizens.

“Towards this end, I am sounding this note of warning loud and clear that henceforth, any police personnel that insists on being incorrigible by engaging in abuse of his or her powers or misuse his weapons with fatal outcomes in utter disregard or statutory provisions will be arrested, investigated through our internal disciplinary machinery and, if found culpable, shall be dismissed from service.

“In addition, such personnel will be charged to court for murder or sundry offences depending on his or her level of criminal liability in the instance.

“Furthermore, the line supervisor of such officers including the Area Commander, Divisional Police Officer or Sectional Head shall be held vicariously liable for lacking supervision and shall be similarly sanctioned.

“This is the force policy and no-one should be in doubt as to our strong will to enforce it.”

Things you need to do now that you are working