A dazzling diamond: Tribute to Mrs. Florence Ajimobi at 60 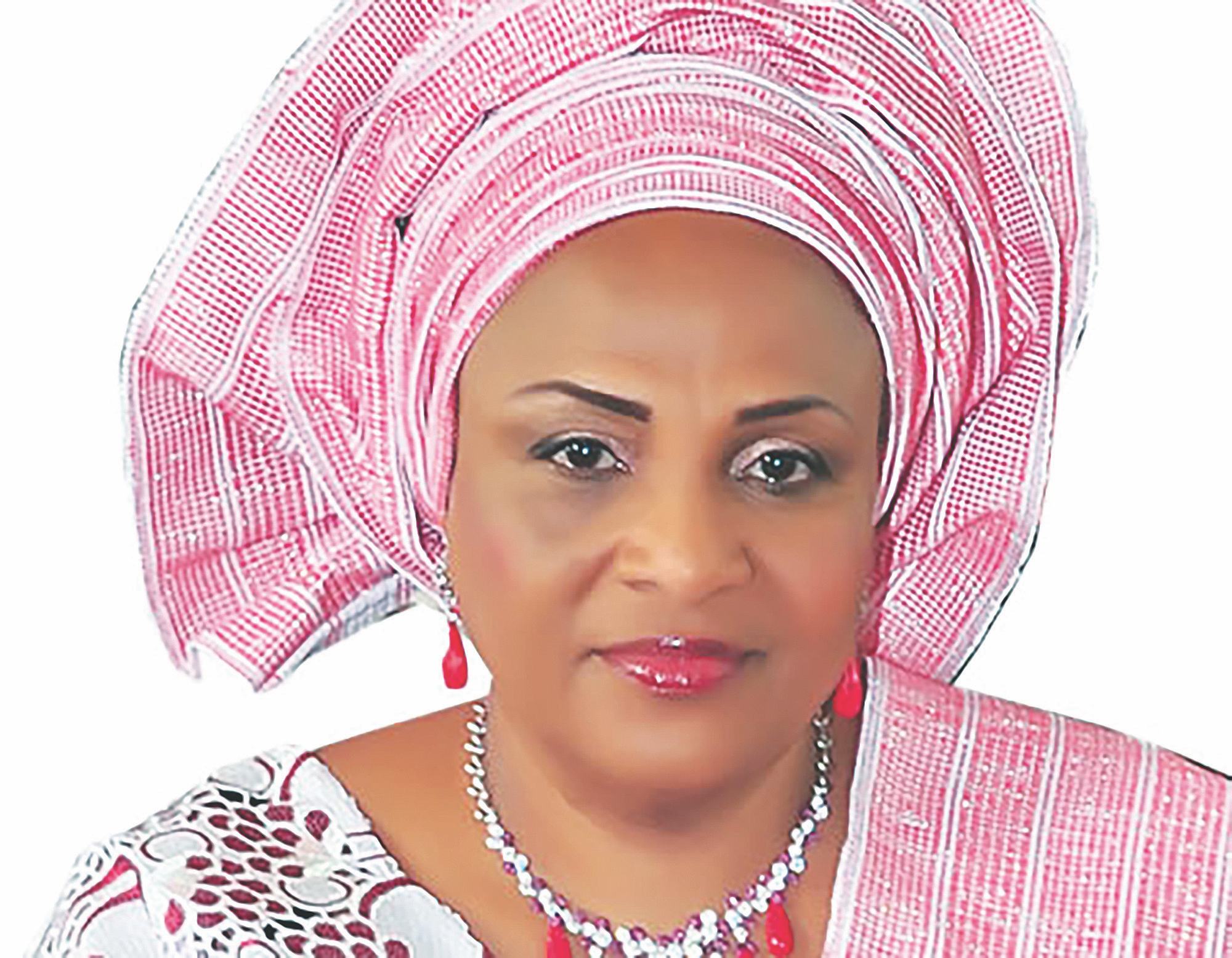 I first met Dr. (Mrs.) Florence Ajimobi in November 2010. There was a Harvest Thanksgiving service at a church in Opebi, Lagos. We were introduced and politely said hello to each other.

During the March 2011 elections, I was delighted to hear that her husband, Senator Abiola Ajimobi, had won the election. I did not see her again till their inauguration day on May 29, 2011 in Ibadan. My husband and I had planned to attend the inauguration ceremonies of the new governors of Oyo State and Ogun States. So, we went to Ibadan, Abeokuta, and ended up in Lagos at the inauguration dinner of Governor Babatunde Fashola.

When I saw Mrs. Ajimobi in Ibadan that morning, looking as beautiful and resplendent as ever, she asked me how I was getting on in Ekiti State and I told her I was doing okay. I then told her that I was planning a launch of the Ekiti Development Foundation two weeks from that time, but I would understand if she could not make it. She smiled and said, ‘Of course, I will come’. I assumed she was just being polite. Not only did she make it, she also arrived before the programme began and stayed till the end.

READ ALSO: Typhoid fever and its many complications

That was the beginning of a firm friendship that has weathered several storms. We have celebrated together, danced together, travelled together, cried together and been there for each other. It is hard to define who a true friend is when you are in a leadership position. Everyone claims to be your friend.

Everyone tells you how wonderful you are. Many will tell you what they think you want to hear. There was a time when I truly needed a friend and a safe space. Mrs. Ajimobi provided solid shoulders for me to lean on. Her warmth, generosity, perseverance and diligence are such a delight to experience.

My husband and I have a home in Ibadan, so this probably helped strengthen my relationship with Mrs. Ajimobi. We would spend many hours together talking, drinking tea (or whatever!) and eating way too many biscuits or savoury things for our own good. It never ceased to amaze me how she managed to juggle her large family and all their respective demands, but she always took everything in her stride. Like many women her age, with grandchildren, children and busy professional lives, she made it all look so easy but of course, it wasn’t.

In May 2012, I was expecting Mrs. Ajimobi at my mother-in-law’s funeral in Ekiti. I called her to find out what time she would be arriving, only for her to tell me that she was on her way to London; she had just received a call that her youngest daughter had fallen ill. Just as I was telling her not to worry that everything would be okay, to my horror, she burst into tears.

I could just imagine her worry and frustration at not being where she wanted to be, which was at her daughter’s side. When people look at First Ladies, what they see is all the glitz and glamour. The expensive clothes, jewelry, perfect head-ties and smooth make-up. What is hidden is the toll that these positions take on families, the sacrifices and the trade-offs. When you are friends with someone like Florence Ajimobi, you learn that material things mean very little to her.

The things that concern her are her faith, her fear of God and the trust she places in His mercy and grace. Then her beloved family. Next thing on Mrs. Ajimobi’s priority list is industry and entrepreneurship. She has been an accomplished businesswoman for many years, an embodiment of the industriousness of women from Ibadan where she has spent many years of her life.

She would tease me and call me ‘Akada’, as she prodded an inexperienced and reluctant me to understand the rudiments of business. Before I became friends with Mrs. Ajimobi, I had never run any business, preferring to stay in my comfort zone of development and policy advocacy work. With her support, I now have the confidence to run my own modest businesses.

READ ALSO: Mummy, I weeeweed here, there and here

Mrs. Ajimobi is a great philanthropist. Beyond the giving that is customarily required of political spouses, she genuinely cares about giving back and using whatever resources she has to support others around her. One more thing that I would like to mention about this amazing woman is her willingness to invest in herself and acquire as much knowledge as she can.

She is always learning, observing, listening and figuring out ways to do things better. I usually tell her that the reason I don’t have too many friends is because I can’t handle high maintenance people, who always need to have their egos massaged or who perpetually have a real or imaginary grievance that has to be dissected, draining you of all energy. I truly value my friendship with Mrs Ajimobi because she is ‘low maintenance’, does not take herself too seriously, has a keen sense of humour and takes delight in the simple things of life.

As Florence Ajimobi celebrates her diamond birthday, I know the drums will be rolled out in many places around the world where she has family and friends. I am aware that she will be feted left and right and called a lot of things. She will be described as beautiful, elegant, caring, generous, hardworking, innovative, brave and God-fearing.

All this and more would be true. She will also be called a loving mother, a very supportive wife, a hands-on grandmother, a loyal friend and a dependable leader. That would be very accurate too. I take all the above as givens, as far as Florence Ajimobi is concerned.

To me, Florence Ajimobi is a diamond that has been polished to such brilliance; even the most hardened of cynics cannot ignore its dazzling internal and external beauty. I am very proud to call her my friend. I give God all the glory for her life, and I wish her many more years lived in good health and peace of mind, with her children’s children continuing to surround her table, as they do now.

Grandma Ibeji, my darling sister, I love you.  Happy Birthday!

Typhoid fever and its many complications