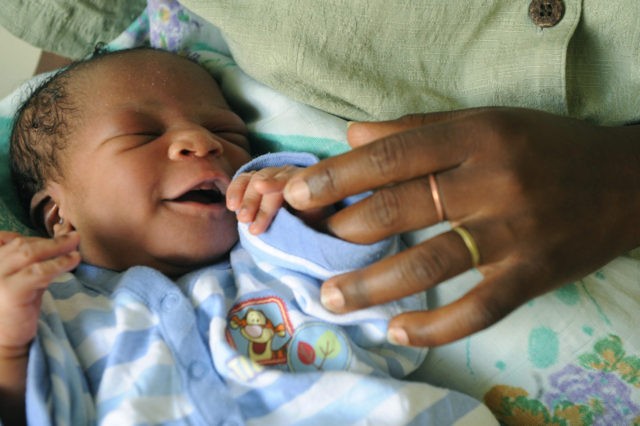 A Paediatrician, Dr Okiemute Olibamoyo, has warned mothers against trimming the nails of their newborns’ by biting to avoid biting off the babies’ flesh and contracting diseases.

Olibamoyo of the Department of Paediatrics, College of Medicine, Lagos University Teaching Hospital (LUTH), Idi-Araba, gave the warning in an interview with the News Agency of Nigeria (NAN) in Lagos on Thursday.
According to her, it is wiser to use nail cutter specified for babies to trim their nails.
“The dangers with mothers biting off their babies nails is that they can inflict wounds; and inadvertently bite off some flesh that can cause wounds on the fingers of the baby; and these wounds can get infected.

READ ALSO:Nigeria, Ghana set to explore new areas of business opportunities
“Because babies don’t have enough immunity to fight these infection, there may be need for drugs either orally or there may be need for hospital admission for extreme situation,’’ Olibamoyo said.
The paediatrician also cautioned mothers to stop the habit of applying breast milk on open wounds.
She said there was no scientifically proven benefit of applying breast milk on wounds.
She said however that there were some unorthodox practices that were being carried out including people applying breast milk on wounds, but added that it is not evidence-based.
“Breast milk can be a culture medium for bacteria to thrive when put on nails.
“It may just attract bacteria and it may cause infection on the nail. So we should shy away from applying breast milk on open wounds.
“It is best such wounds are taken to a healthcare practitioner, who examines it and properly administers drugs,’’ she said.
Olibamoyo said aside breast milk ensuring optimal growth of babies, it had proven natural antibodies like iron and immunoglobulin, which are of five types.
According to her, immunoglobulin A is abundant in breast milk and helps in preventing severe chest infection as well as diarrhoea in babies.
She advised mothers to see the need to exclusively breastfeed their babies especially in the first six months of life to continue up to at least when the babies were two years.
She said also that breast milk contained some fatty acids which were needed at that newborn period for optimal brain growth and development.
Besides, she said it improved cognition, quicker recovery during illness and reduced the risk of developing obesity which was another form of malnutrition. (NAN)