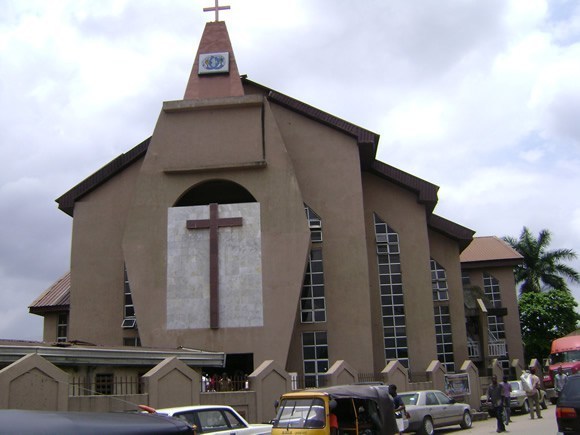 A Catholic Priest, Rev. Fr Felix Anih has urged Catholics to participate actively in politics and ensure they become good ambassadors of Christ in any position they find themselves.

Anih, the Parish Priest of St. Charles Lwanga Catholic Church Apo, Abuja, made the call in a paper titled “ Laity and Catholic Social Teaching” presented on the occasion of Laity week in the Parish.

Laity week is a period when the lay people of the Church often pause to consider their varied gifts for ministry, inside and outside the walls of the church building.

The 2019 Laity week theme is“ Catholics in Politics: Panacea for Good Governance, Peace and National Development.”

The Priest said that the Catholic Bishops Conference had approved the theme to encourage Catholics to participate actively in politics as part of their contribution to nation building.

According to him, Catholic Social teaching is designed to protect and promote the dignity of every person.

“It is not a comprehensive policy statement but rather a set of questions that we may consistently ask ourselves as we respond to the world around us.

“Catholic Social Teaching has both non-negotiable and prudential issues. Non- negotiable issues, for example are abortion, euthanasia that we must obey.

“Prudential issues are taking care of the poor, immigrants; we are free to (with charity) disagree how to apply catholic teachings. On prudential issues, technically both could be right.

“Catholic social teaching is doctrines on matters of human dignity and common good in society.

“The ideas are to address oppression, the role of the state, subsidiary, social organisation concern for social justice and the issue of wealth distribution.’’

Anih however, spoke on 10 principles of Catholic Social Teachings and urged parishioners to follow them to build social justice.

According to him, principle one is respect for human dignity; the principle emerges neither from what people accomplish or own, but because we are created in the image and likeness of God.

“Consequently, every person is worthy of respect simply by virtue of being a human being.

The priest said principle two talked about respect for human life from moment of conception to natural death had an inherent dignity and a right to life consistent with the dignity that is ours as human beings.

He said that the Catholic tradition upheld the sacredness of human life as part of any part of moral vision for a just and good society.

The priest said the Principle of Association sees human person as social and that people cannot consider person simply as an isolated individual but as part of the rich tapestry of relationship.

Anih said that fourth principle talked about participation, saying “ people have a right to shape their own lives and the society in which they live.

“They should participate in decision processes which impact on their lives and cannot be considered the passive recipients of the other people’s decision.

“We have a responsibility to be shapers of the kind of world in which we wish to live,’’ he said.

On Principle of solidarity, he said it was based on loving one another while Principle of Stewardship urged Catholics to show respect for God, their creator.

“We have a responsibility to care for the world’s goods as stewards and trustees not as consumers alone.’’

“Lastly, the Principle of Common Good; a community is genuinely healthy when every single person is flouring.

“This is simply on the basis that they are human beings and therefore inherently worthy of respect,’’ he said.

The News Agency of Nigeria (NAN) reports that the Laity week which started on Monday, March 25 is expected to end on Sunday, March 31 with thanksgiving Mass in the parish. (NAN)