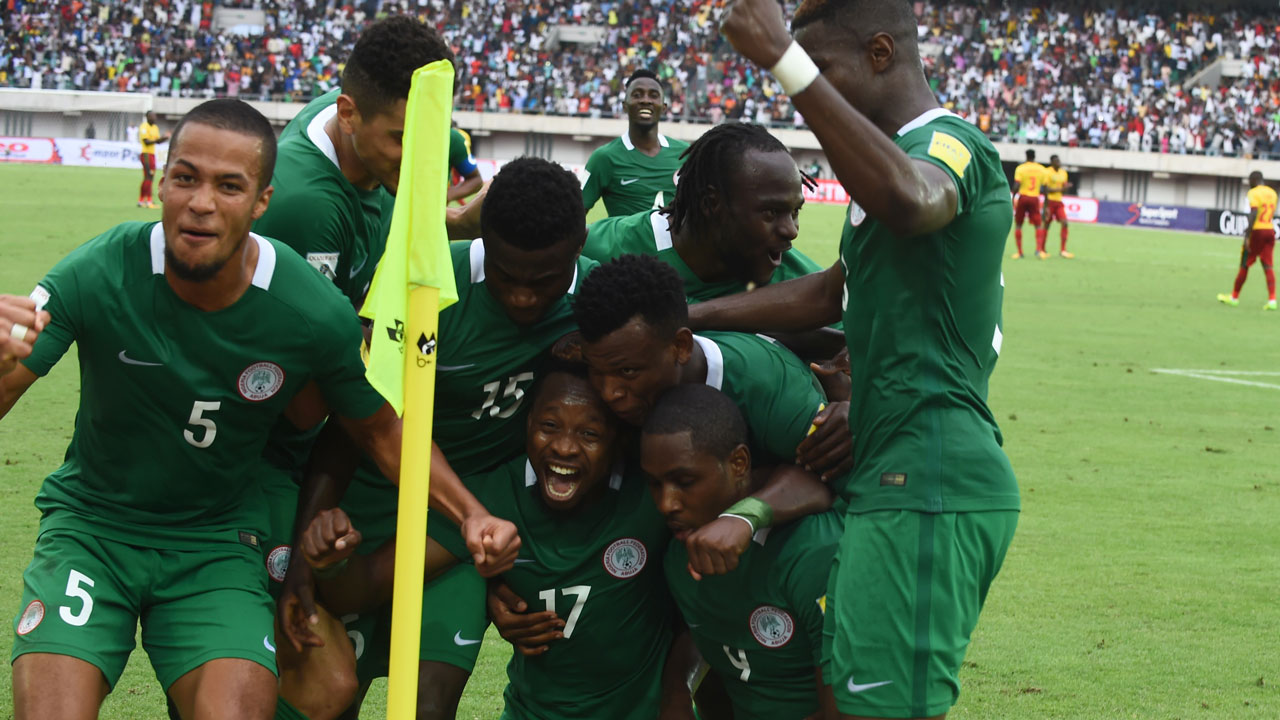 The football fans in Asaba have expressed the belief that Stephen Keshi’s spirit was behind the winning of the Nigerian teams at the Stephen Keshi Stadium, Asaba.

The fans spoke to the News Agency of Nigeria (NAN) after the Super Eagles 1-0 win over the Pharaohs of Egypt in a friendly encounter on Tuesday in Asaba.

They said that the wind of victory recorded by the Nigerian teams, particularly the Super Eagles at the stadium might be guided by the special favour and the spirit of the late football icon.

According to Abel John-Gold, wining matches by the Super Eagles at the Stephen Keshi Stadium is something special.

“Although in football, you need to play well to win but there is luck too, and I am sure that there is also luck that follows this stadium.

“Maybe the spirit of Stephen Keshi, having won the Nations Cup and as a footballer and as a coach of the Super Eagles is following them.

“If you notice, the Nigerian team have been winning their matches in this stadium.

“This luck is following them, so I advise Nigeria to keep playing football matches in Asaba because it is a favoured place,’’ he said.

He commended the Eagles for a superlative performance against the Pharaohs of Egypt.

“So, for me today’s match is an equal match between the Eagles and Pharaohs of Egypt; If that goal had not come early, it would have been a draw match.

“My advice, is that they should keep this spirit of play to do better in AFCON game, and as for me, the one goal scored against Egypt in this match is just by luck’’, John-Gold said.

Mr Collins Ovire, described the match as fantastic, adding that both countries played well to the admiration of the fans.

“We as fans, we really enjoyed ourselves and the officiating was perfect.

“I want to first congratulate Delta Government for making it possible for all the matches to be played here in Asaba.

“We have since Friday last week watched various matches played here and of the matches the only one that we can say was not too impressive was the Nigerian match with the Seychelles on Friday, though Nigeria defeated them 3-1.

“But our U-23 Dream Team VII on Monday and this Tuesday friendly between the Supper Eagles and the Pharaohs of Egypt were superb.

“The Nigerian side just have to build up their attack and I see them going far in the coming competitions,’’ he said.

Also Mr Beatrus Dewaran, lauded the Super Eagles composure and understanding in the match against Egypt, saying it would boost their confidence to go into the AFCON proper.

“Wednesday’s game was a good one and our players have started showing understanding among themselves and to beat Egypt is a credit to our national team.

“All these winnings for Nigeria here in Asaba is a good omen and I pray that Nigerian players will remain fit and not sustain injury as they advance to the next level.

“We also hope we will continue to see good matches played here in Stephen Keshi Stadium, Asaba,” he said.

Also, Dr Ogoh Gagu, says Wednesday’s match was of a good standard and our boys were better at the end of it.

“We won this match quite right, our boys played well but Egypt is very tough and they are the best team in Africa.

“I am confident that our boys will go far at the AFCON competition.

“We are grateful to Gov. Ifeanyi Okowa for giving us this stadium, this stadium brings good luck and it reminds us of Stephen Keshi and I believe that his spirit is still guiding us here.

“We are expecting more matches to be played here and we shall continue to win here, the three matches played from Friday to today, our Nigeria teams won all,” he said.

“To me, Asaba Stadium is like a light to us because you can see what is happening; we won the three matches played here this period, we won against Seychelles 3-1.

“The U-23 against Libya, we won 4-0 which was a fantastic finish and today the Supper Eagles defeated Egypt 1-0, though a friendly match but we must not forget that Egypt is number one in Africa and a strong team to beat.” (NAN)