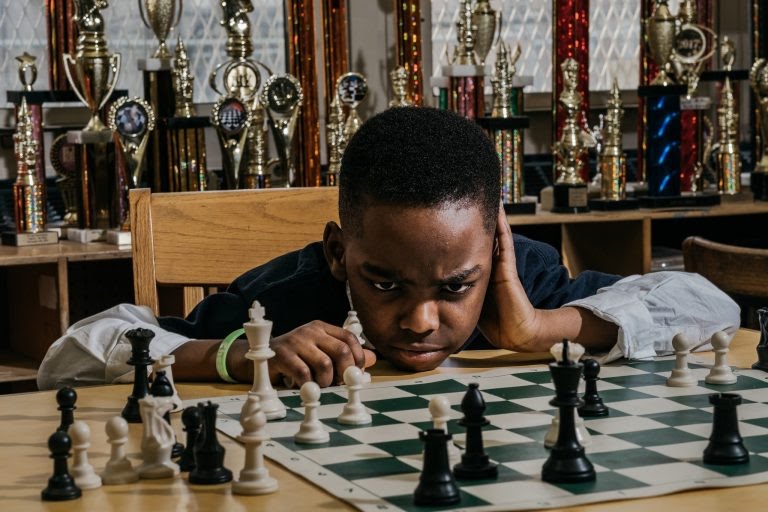 Former U.S President, Bill Clinton has congratulated the eight year-old Nigerian chess champion, Tanitoluwa Adewunmi and also invited him and his parents to his office for personal introduction.

The New York Times reported that Adewunmi had won seven chess trophies including the state tournament, where he outwitted other children.

The story went viral and got the attention of Clinton.

According to the New York Times, the young chess champion’s family are taking asylum in a homeless shelter in Manhattan after they fled the Boko Haram insurgency since 2018.

Tanitoluwa rating is now 1587 and rising fast and he is being compared with the world’s best player, Magnus Carlsen, who stands at 2845.

His feat has attracted commendations from parents and celebrities.

In a tweet on his Twitter handle-@BillClinton, the former number one citizen said: “Refugees enrich our nation and talent is universal, even if opportunity is not.”

The former U.S president now joins the queue of people celebrating the boy and his feats.

Clinton said “this story made me smile, Tanitoluwa “you exemplify a winning spirit – in chess and in life.”

“And kudos to your hardworking parents. You all should stop by my office in Harlem; I’d love to meet you.”

Tanitoluwa placed first in the New York State Scholastic Championships tournament for kindergarten through third grade, a remarkable win for anyone.

In an interview with New York Times, the young chess champion said: “I want to be the youngest grandmaster.” (NAN)

“I want to be the youngest grandmaster.”Bill Clinton has congratulated the eight year-old Nigerian chess championformer U.S. Presidentinvited him and his parents to his office for personal introductionNew York State Chess championshipTanitoluwa Adewunmi
0 6
Share