Inside details of shocking death of Abuja female lawyer in Lagos 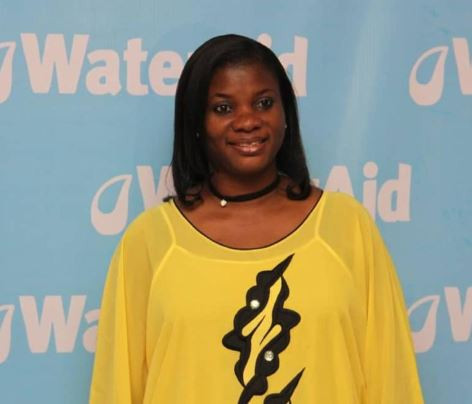 The death of Mrs. Feyisayo Obot, a lawyer who was murdered in a Lagos hotel, is still unraveling, as the police are working on a robbery gone awry while the deceased’s family suspects assassination.

Obot, an Abuja-based lawyer, who works with Save the Children, an NGO, had travelled to Lagos for a project management professional examination, when she was murdered.

The 34-year-old mother of two, it was learnt, flew into Lagos on January 23, 2019, and checked into Citiheights Hotel on Number 6 Sheraton Link Road, Opebi.

She was, however, murdered in her hotel room by a 21-year-old chef, Joshua Usulor.

Usulor was alleged to have lodged in the same hotel, paid for two nights – January 23 and 24. He, however, extended his stay for another two days to perfect his plan.

Lagos Police public Relations Officer, CSP Chike Oti, had issued a statement, alleging that the suspect whose primary objective was to rob the deceased, stabbed Obot in the stomach and also slit her throat with a knife.

“The suspect said he was motivated to rob the deceased to enable him offset his hotel bill, having spent two days above the one day he paid for.

“To execute his plans, he claimed to have sneaked into the deceased’s room to steal her money and her phones but the deceased struggled with him but was overpowered. He then stabbed her with a sharp knife on the stomach and used the same knife to slit her throat. Satisfied that the woman was dead, he  made away with her phones and a cash sum of  twenty six thousand Naira  (26,000) only,” the police statement reads in part.

Investigation by The Nigerian Xpress revealed that Usulor is a serial hotel robber. His speciality is to rob guests in big hotels in Ikeja and Victoria Island.

A revelation by a source close to the hotel management (name withheld), however, suggests the suspect may be a hired assassin.

READ ALSO:Now that elections are over…

According to the source, the alleged killer had planned the crime for about one week. “A CCTV footage that was given to the police showed that the suspect had earlier lodged in the hotel on January 15, 2019. He had used the name Adebayo Adedeji to check in then. On his second visit,  he checked in with the name Joshua Usulor.”

The Nigerian Xpress correspondent also gathered that the suspect, who hails from Ebonyi State, worked with one Biscco 77 Restaurant in Victoria Island.

He earned N60,000 as his monthly take home, and had been on leave without pay since January due to renovation work, going on at the restaurant.

In his confessional statement, the suspect claimed he paid N45,000 for two nights at the hotel.

Narrating how he killed Obot, the suspect said, “I met the lady on January 23, 2019 at the hotel lobby. We spoke briefly and parted ways. I met her the second day being January 24, 2019, and we spoke at length and exchanged contact.  She told me her room number was room 501. I promised to pay her a visit at my free time and she accepted.

“On January 26, 2019, I went to her room, knocked on the door and she asked who was that and I told her it was me. She opened her door and I entered.  We started chatting and she told me her sink was bad. I offered to fix it. When I checked, I discovered it was blocked so I helped her fix it.

“After fixing it, she went in to see if it was okay. At that point I went to her table and picked the N26, 000 on it. She saw me and asked why I picked the money, I told her not to question me but she was raising her voice. I immediately picked a knife on her table and stabbed her in the stomach. I also slit her throat.

“When I noticed she had stopped breathing, I took her two phones and hurried out of the room. I went to my room, quickly packed my things and checked out of the hotel.

“I was owing the hotel over N40, 000 and I had to pay them part of it with the N26, 000 I got from Obot. Because that was not my first time there, I told them I would balance up some other time. They requested I drop something  as collateral. I gave them the two phones I had collected from Obot. The agreement was that when I pay,  I will collect the phones, so I left.”

Obot’s death became public knowledge after family members, who had been trying to reach her could not get across to her on phone almost all day.

Sensing danger, the family had contacted a relative in Lagos, who went to the hotel to find out if the deceased was okay. It was when the hotel staff and the family member got to the room that they found her in the pool of her own blood.

Thinking he had escaped being caught, Usulor had also destroyed his SIM card and bought a new line to avoid been tracked through his phone number.

He, however, met his Waterloo when crack detectives from the State Criminal Investigations and Intelligence Department (SCIID) trailed him to his hideout in Victoria Island.

Speaking on how he was arrested, he said,  “I met one Mrs. Ifeoma via social media and she claimed to work at Intercontinental Hotel. I told her I was looking for a better job, as a chef. She promised to help me once any opportunity comes up.

“She called me recently and told me to come to Intercontinental Hotel for a job opening, which I did. While I was sitting there, a police team came and said I was under arrest for murder. I did not argue with them because I know I did it.”

Asked who hired him to do the hit job,  the suspect said, “Nobody sent me to kill the woman. I just killed her myself.”

The family of the deceased, however, maintained that the suspect might have been contracted to murder her.

In a statement by the family,  they called on the police to embark on discreet investigation. They are of the opinion that the suspect wouldn’t have been able to pay for two nights without some external support from his supposed sponsors.

The statement, which was confirmed by the brother of the deceased, Ige Afolabi, raised questions they wanted answers to. “The family was reliably informed by the Nigeria Police – SCIID – that it was a ‘hit job’. As a family, we were restrained from going public with our outcry because we had placed our trust and confidence in the commitment of the Nigeria Police and security agencies to bring justice to the family of the deceased.

“Investigations by the police revealed that the murder suspect arrived the hotel and checked in, as a guest a few hours after the late Feyisayo checked-in. What a coincidence? How did the murder suspect know she was on her way to Lagos and the hotel she would be staying? What were his initial reasons for booking the same hotel? Why did he overstay? Why not check out when his time ran out? Is it normal to check into a hotel and then randomly kill someone when you just realised you had overstayed by two days?

“It is on record that the suspect also works in a restaurant on Victoria Island. Wonder why he came to pay N30,000 a room for three nights? How come he was even accommodated by the hotel without a valid means of identification in the first place? Why did the hotel not insist on him paying up his bills when he overstayed the first day?

“Based on the information from the police to the family, Joshua said he was paid to murder Mrs. Feyisayo Obot. Who paid him? Do the police know? We haven’t been informed.

Although the suspect has been charged to the Ebute-Metta Magistrate Court and remanded at the Ikoyi prison, the police said the case would be taken to the High Court as soon as Directorate of Public Prosecution (DPP)

Nigerians responsible for pirate attacks in Gulf of Guinea – Group