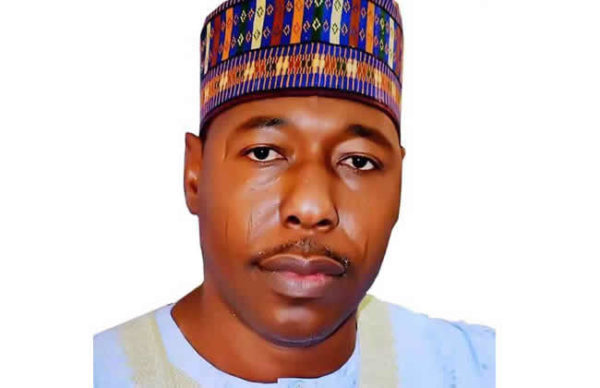 Some residents of Maiduguri on Tuesday urged Governor-elect, Babagana Zulum, to adopt practical measures to protect lives, rebuild and resettle communities ravaged by Boko Haram insurgency.
Some Internally Displaced Persons (IDPs) in an interview with the News Agency of Nigeria (NAN) in Maiduguri, specifically, urged Zulum to accord priority to infrastructure development and economic reform programmes to enhance peace restoration to enable them return home.
Mrs. Falmata Kingime, a 40-year-old displaced person, who expressed joy over the emergence of Zulum as the governor-elect, said she hoped for viable projects to end insurgency and restore peace to the state.
Kingime said that she fled her home when the Boko Haram insurgents sacked her village in Kukawa Local Government Area in the past four years.
She said that she now take refuge at the Teachers’ Village IDPs camp in Maiduguri, adding that she want to go back home.
“I want the new governor to work for the restoration of peace and rehabilitate our communities so that we go back home,” Kingime said.

“I expect the incoming administration to accord priority to the reconstruction of communities and schools to enable our children return to school.
“Our children have been out of school for too long,” another IDP, Ramatu Saidu, a mother of three said.
Also, Madu Ali and Kaka Audu, called on Zulum to provide effective livelihood support programmes, to assist the displaced persons engage in productive activities to enable them take care of their families.
Also, Ummi Ibrahim, a resident of Maiduguri, called on the governor-elect to adopt gender sensitive measures to empower women and youth.
Ibrahim noted that such proactive measures were necessary to address the nagging unemployment and enhance wealth creation in the society.
“Women and children are worst affected by the Boko Haram insurgency, it is desirable to prioritize gender sensitive programmes, to address social and economic problems bedeviling the state”.
Statistics of the Borno State Government showed that over 50, 000 women widowed and 53, 000 children orphaned by the Boko Haram insurgency in the state.
NAN also reports that INEC had declared Zulum, winner of the governorship election with 1, 175, 440 votes to defeat PDP’s Muhammad Imam, who scored 66, 117 votes.
Some 32 candidates fielded by political parties contested the election in the state. (NAN)