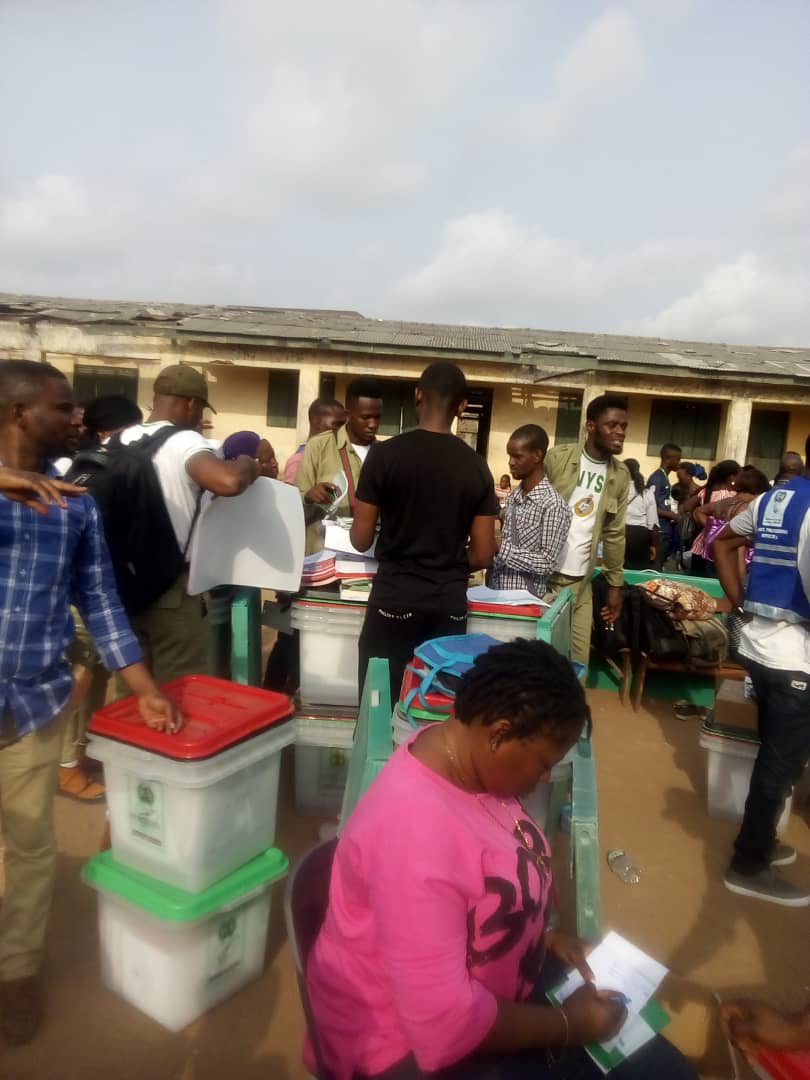 Amidu Arije
The general conduct of the governorship and state house of assembly elections in Oshodi Local Government area of Lagos is peaceful but witness very low turnout of voters in the council area.
All the polling units visited by The Nigerian Xpress were with very few numbers of voters while some have no voters on queue.
The election which was slated to start by 8am did not start in all the polling units in Oshodi until around 10am in some while it started later than that in some others.
Speaking with journalists, the Oshoidi/Isolo Local Government Chairman, Mr. Bolaji Muse-Ariyoh, said the delay in the commencement of the election was due to logistics from the Independent National Electoral Commission (INEC).
“INEC has tried its best to put things in order, but were faced with the issue of transport and all that but the most important thing is that they were able to start around 10am and so far it has been very peaceful. I know there is a low turnout everywhere in Nigeria because people are thinking that their votes won’t count, but I must say that the last election has proven that wrong so votes count in Nigeria,” he said.
The council boss assured that the peace witnessed during the election would be maintained throughout and after the elections.
Also speaking with journalists, Alhaji Musiliu Akinsanya (aka MC Oluomo) said the election in Oshodi has been peaceful and without hitches.
“The voting in Oshodi is very peaceful and orderly, there are no hitches anywhere,” he said.
An 80-year-old blind man, Alhaji Muyideen Onigbanjo, commended the electoral process and said his coming out to vote is his way of exercising his franchise as a patriotic citizen.
“I have come out to cast my vote to exercise my franchise as a patriotic Nigerian. This is my 80 years of living, I am not supposed to come out but because since I am alive I have to cast my vote, at my age if not for my sight I would have been attending the parties ward meetings,” he said.