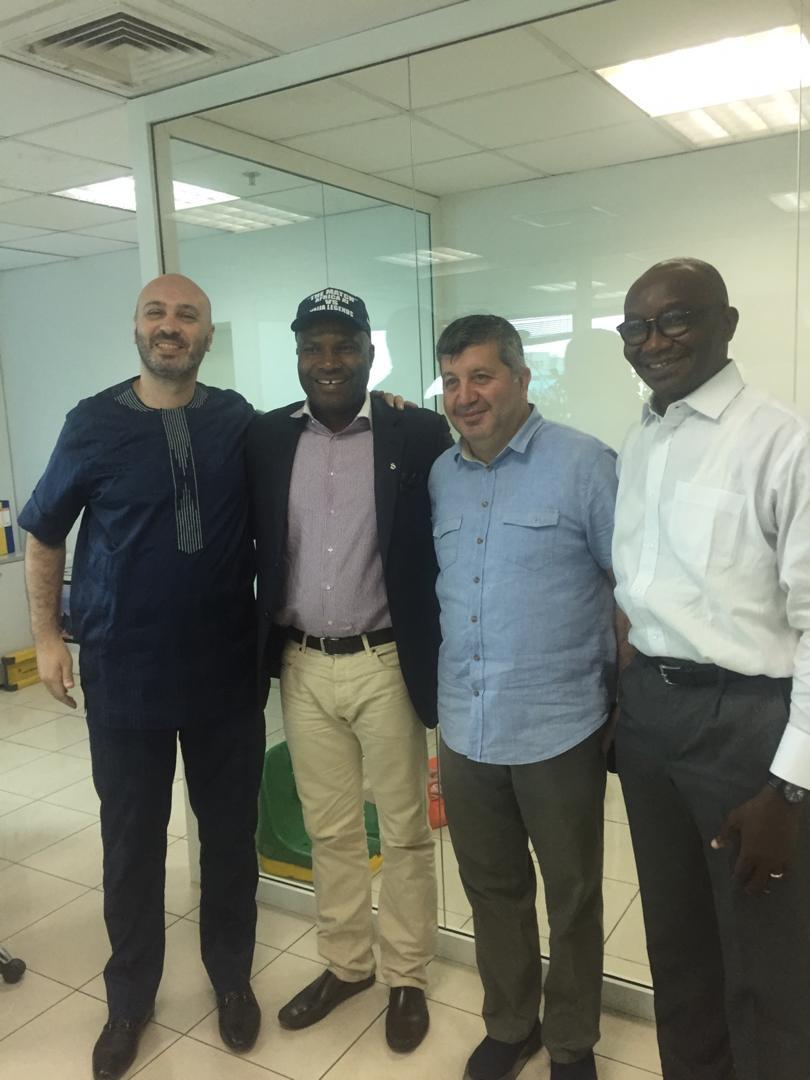 Organizers of the Gov Akinwumi Ambode “thank you” game have concluded plans to bring Dutch coaches to a training program that would run from March 18-26 in Lagos.
Waidi Akanni, spokesman of The Match International, organizers of the event, said yesterday in Lagos that several Nigerian ex-internationals based outside the country have signed up to be part of the program which is one of the events lined up ahead of the Akinwumi “thank you” game now slated for April at the Onikan Stadium.
“We are in touch with Finidi George, Osaze Odemwingie and Obafemi Martins. They are going to be part of the coaches training program. Former Bafana Bafana of South Africa captain Aaron Mokoena would also be in Lagos for the program. The whole idea is to bring Dutch coaches to Lagos to impact their knowledge on our coaches here. It is a program that would add value to Nigerian football,” Akanni said.
He pointed out that the soccer clinic organized last month for kids between the age bracket of 13-17 at Campos Square in Lagos was a huge success.
“All the activities we are carrying out ahead of the Ambode game is our little way of giving back to the society and we are saying a big thank you to the corporate bodies that have identified with the project. The duo of Access Bank and Sifax are lending their support and we are reaching out to other corporate bodies. As we speak, we are hopeful that Slavabogu Nig. ltd, the firm handling the Onikan Stadium project would come on board,” Akanni said.
On the Africa X1 versus Naija Legends game proper, Akanni said the plans are on course.
Former world footballer of the year, Liberia President, George Weah has since confirmed he would be in Lagos for the event alongside Ivorian star, Didier Drogba.