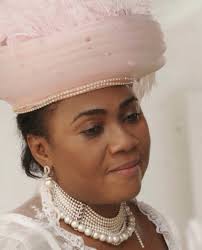 A promoter of  African  culture, Dr Abiola Dosumu, on Thursday appealed to Nigerian women that as  promoters and custodians  of  the African culture, they should also  ensure its sustenance among the youth.

Dosunmu, the Erelu of Lagos, made the appeal while speaking with the News Agency of Nigeria (NAN) in Lagos on the craze by youths for foreign fashion trends and lifestyles.

According to her, women own the culture and they can easily be found controlling and protecting it in their homes and public places.

Erelu appealed to more women to rise up to this call before the nation’s culture would be overtaken by foreign trends.

“Our women should spread the success story, spread the beauty of our own culture and spread its sustenance, to make it a pride to the world.

Women can do a lot because we are the custodians of our rich heritage, we are the anchor of the people and we need to initiate others such as the youth and men into it,” she said.

Dosunmu noted that women should not fold their arms, adding that they have all it takes to make the difference.

She said that women should not wait for the government to assist them before they launch themselves into actions because they were the primary custodians of the culture.

She urged them to be determined to start promoting the African culture from their homes and within their immediate environments.

“If the government wants to assist the women, there is no problem about it,” she said.

She decried the belief that nothing could be achieved in this country without the support of the government.

She suggested that individuals and private organisations could collaborate to make things happen as was being done in the developed countries.

Dosunmu said: “I want us to quit such myopic belief that the government has to support us before we can do anything.

If we know our rights, we will be the ones in setting the agenda for the government. Unless we start from our homes and have an understanding of our own culture and instill it in our children by encouraging our local fashion and fabrics, we cannot make any headway.

We should try to speak with one voice, and unless this is done, we will never go anywhere, except to watch our culture gradually fade away and be replaced with alien fashions and cultures,” she said.

Dosunmu advised women to borrow a leaf from heroic deeds of the legendary Queen Moremi Ajasoro , as well as from culture promoters like

She noted that they were known to be proactive and never waited for the government to make things happen.

She said that they had accomplished so much in promoting the nation’s culture nationally and   internationally. (NAN)

Bodies of victims of Nepal’s helicopter crash arrive in Kathmandu