Buhari’s victory, a testimony of Nigerians’ trust in him — Minister 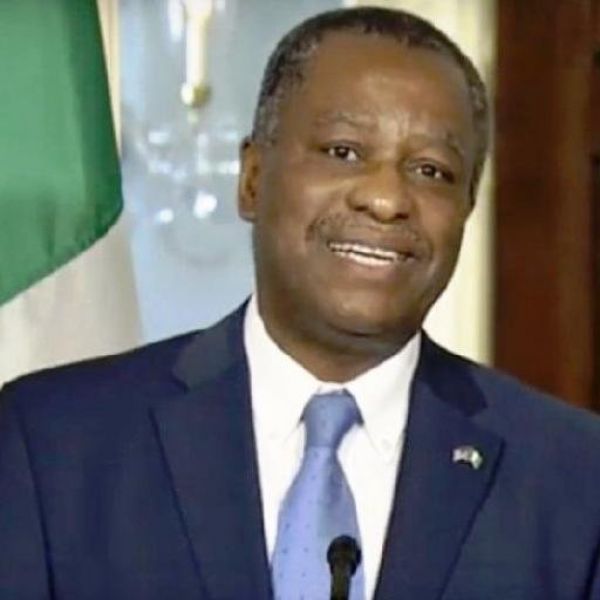 The Minister of Foreign Affairs, Mr Geoffrey Onyeama, has said that President Muhammadu Buhari’s victory in the just concluded election was a testimony of the trust Nigerians had in his administration.

Onyeama said this in his congratulatory message via his twitter account, @GeoffreyOnyeama accessed by the News Agency of Nigeria (NAN) on Wednesday in Abuja.

He also congratulated the Independent National Electoral Commission (INEC) and Nigerians in general for the positive roles they played in making the elections a  succes.

“Warmest congratulations H.E. President @MBuhari and H.E. @ProfOsinbajo on emerging victorious to continue the journey to the #NextLevel. This victory is a testimony of the trust the Nigerians have in you.

“I also congratulate @inecnigeria and fellow Nigerians for their positive roles in this exercise,” the minister said.

NAN reports that Buhari was declared winner of the February 23 presidential election by the Chairman of INEC, Prof. Mahmood Yakubu, early Wednesday morning in Abuja.

Buhari, of the All Progressives Congress (APC), polled a total of 15,191,847 votes to defeat his closest rival and candidate of the Peoples Democratic Party (PDP), Atiku Abubakar, who polled 11,262,978.

Buhari, who was first elected in 2015, won the vote in 19 states while Abubakar won in 17 states and the Federal Capital Territory. (NAN)