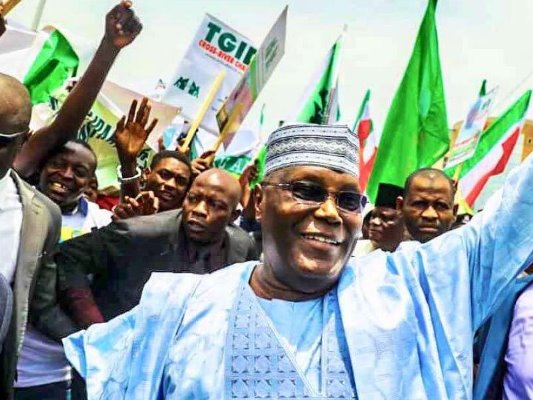 Saraki gave the assurance on Friday in Makurdi, during the Atiku/Obi Presidential campaign rally held at the Aper Aku stadium.

He appealed to the electorate to support the presidential bid of Atiku by turning in “at least 2 million votes out of the 2.5 million registered voters in the state”.

Also speaking, the chairman of the PDP, Mr Uche Secondus, said that Atiku had the magic wand to end the killing and poverty in the country.

He decried the prevailing insecurity in the state, and assured Nigerians that Atiku would end the killings and guarantee stability for the people.

Governor Samuel Ortom, in his speech, claimed that the Benue state people had not benefited from the President Muhmmadu Buhari administration.

“The APC-led administration has neglected the Benue state people, especially in the area of placements.

“I want Benue to vote Atiku for president because of his sound economic knowledge; I am confident that he will deploy this knowledge into initiating policies that will create jobs,” he said.

Ortom also expressed optimism that Atiku, if elected, would ensure that the Anti-Open Grazing Law was fully implemented.

“Atiku has the capacity to deliver and will not subject his presidency to the whims and caprices of a cabal,” Ortom claimed. (NAN)