Koulibaly returns to action at stadium where he suffered racist abuse 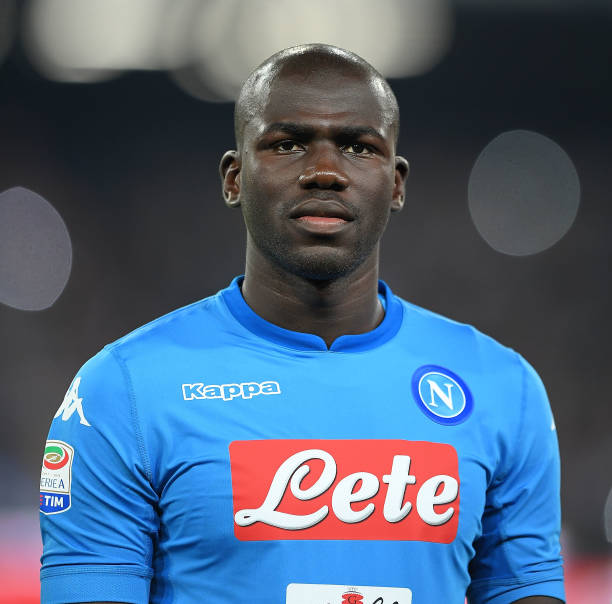 More mature and with mixed feelings about a role he did expect to have, Napoli defender Kalidou Koulibaly returns to Serie A action on Saturday. But the significant aspect of his return is the fact that it is the first time since he was racially insulted during a match at San Siro.

Koulibaly, widely regarded as one of the top defenders in Serie A, has become a symbol of the battle against racism in Italian football since the incident on Boxing Day.

The Senegalese defender was subjected to racist insults from some Inter Milan fans during Napoli’s 1-0 defeat and his anger boiled over when he was sent off for dissent.

Inter were ordered to play their next two home games behind closed doors.

Also, Koulibaly was given a two-match ban which, combined with the Serie A winter break, means he has not played a league game since.

In the wake of the incidents, the Italian federation has issued new guidelines to match officials on how to deal with racism during matches.

By coincidence, Koulibaly’s return will be in a match against Inter’s neighbours AC Milan at the same San Siro stadium.

Born in France to Senegalese parents, his importance to Napoli was all too obvious in the 3-2 home win over Bologna when their opponents scored with two headers.

In four-and-a-half seasons at Napoli, Koulibaly has become one of European club football’s most accomplished defenders and his imposing physical presence has earned him the nickname K2.

The 27-year-old said in an interview posted on Napoli’s Twitter feed that the last few weeks had changed him.“I’ve become more mature over the last three weeks,” he said. “I don’t think I could’ve responded in this way before.”

Asked if he liked being a symbol in the fight against racism, he replied: “Yes, and no —- no because it’s sad that we have to fight against discrimination in this day and age.”

“I believe we are all equal and that’s a value I’ve had since I was little. It’s something I can believe in and I can show that to everyone.”

“We need to teach these values from an early age, in school and throughout life. I don’t need to say to my own son, but it’s always hard to explain what racism is to a child.”

Koulibaly said there had been a positive side to what happened, in particular the support from his family.

“It’s great to know they’re behind me,” he said. “I’ve had messages from people who don’t know me personally.

“So, I’ve had lots of support over the last three weeks. Some negative things have happened. But I’ll never forget all the support I’ve had.”

Koulibaly said he did not appreciate the problem when he first moved to Italy, until he started to understand Italian.

“France is more advanced in that respect,” he said. “I’ve never had a problem of this type, either in football or life in general.”

“I grew up with Turkish, Senegalese, North African and French friends. …it was a big mixture but there was never any problem.”(NAN)