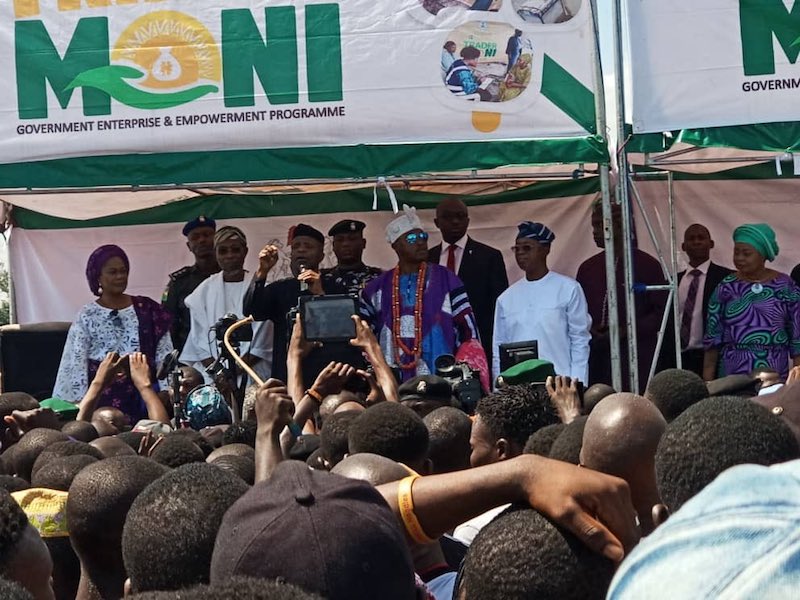 The Federal Government will extend its no-interest loan scheme, TraderMoni, to Ekiti State, on Monday.

Mr. Tunji Ogunlola, the Senior Special Assistant (SSA) on Mobilisation to Governor Kayode Fayemi, disclosed this to the News Agency of Nigeria (NAN) in Ado-Ekiti on Friday while speaking on the Vice President’s visit to the state,

He lauded the initiative of the Federal Government on the scheme and assured that real traders would be captured.

The Senior Special Assistant said that the scheme was designed to help petty traders expand their trade through provision of collateral-free loan of N10,000.

The governor’s aide said that Ekiti State Government had held several meetings with market trader unions to identify real traders and how best to ensure re-payment of the loans.

READ ALSO: JUST IN: Atiku must explain role in collapsed BankPHB upon return from US

Ogunlola said the state government was emphasising on working directly with the market leaders since the loan that must be repaid.

“If the loan is given anyhow to people without proper identification, the repayment may not be guaranteed.

“The Federal Government’s idea is good. So, we are appealing to the traders to work with us because though we know them, but they know themselves better and are closer to one another than to the government,” he said.

The governor’s aide said it was not enough to capture people without shop, but also the repayment plan.

He assured the traders that the Federal and state government meant well for them.

“The basic is how to make their business grow for their benefit and for the development and betterment of Ekiti in general.”

NAN reports that the TraderMoni scheme is part of the socio-investment programme of the President Muhammadu Buhari administration and the plan is to ensure that petty traders receive the first loan of N10,000.

Ogunlola said the President wanted to ensure that traders at the bottom of the ladder – those whose wares and businesses were just about N3000, N5000 and so on are not left out.

He said those qualified for the loan were those who normally would not get any kind of financial assistance from banks because they did not have collateral. (NAN)