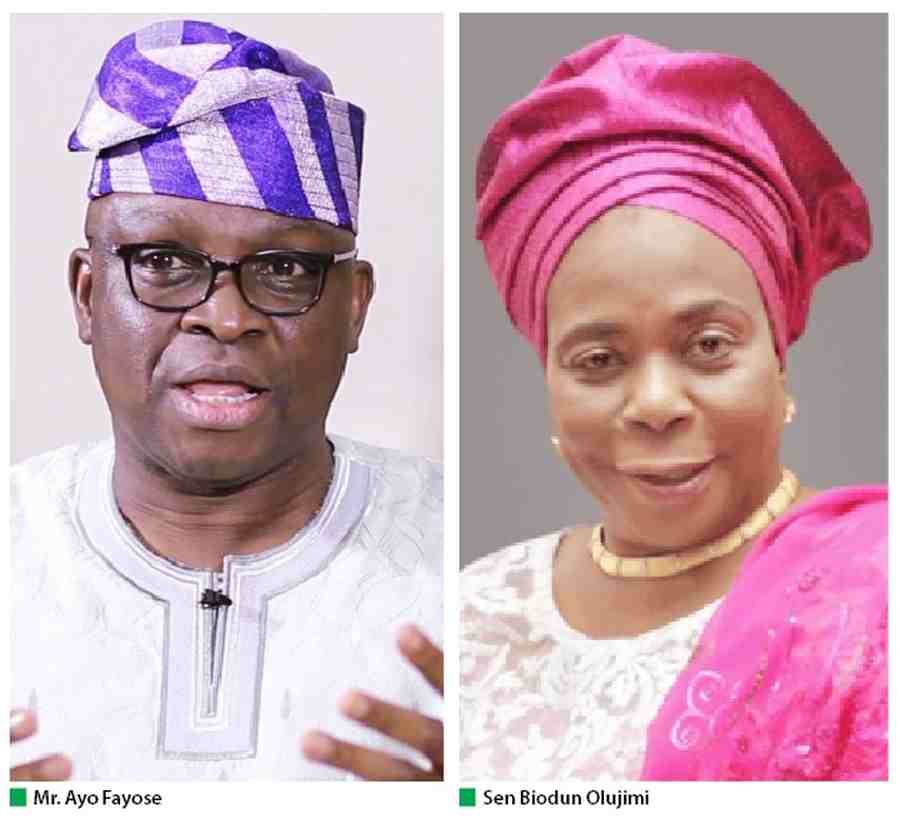 This was just another caucus of the party led by former Deputy Governor of the State, Alhaji Sikiru Lawal, inaugurated a Mobilisation and Finance committee of what they  called Waziri/Atiku  Political family and Associates ahead of the visit of the Presidential candidate of the  Peoples Democratic Party , Atiku Abubakar on January 14 to the state.

According to Lawal, the Waziri/Atiku political family and Associates comprises representatives of political parties from indigenes and non indigenes in Ekiti who are working for Atiku/Obi election on February 16.

Speaking on the twin inauguration of Atiku/Obi campaign council by both Fayose and Olujimi, Lawal said the PDP in the state has no issues as the two caucuses are working towards same goal of wrest power from All Progressive Congress, adding the party will soon settle it’s differences among the caucuses.

Reacting to Olujimi’s faction, former governor Fayose described it as a nullity.

He warned that he was not contesting for any elective position, saying that he may mobilise the people to vote those he described as ‘traitors’. “They need me more than I need them. We will ask our people to vote against these betrayers “.

According to the former governor,  the campaign council was carefully selected to represent all shades of opinion in the state PDP, wondering what the complaint was all about.

In his remarks the Chairman of the campaign council for both camp and former Deputy Governor, Prof Kolapo Olusola distanced himself from the Olujimi inauguration.

The state PDP chairman, Barrister Gboyega Oguntuase in his opening remarks said that the Fayose led Council was the legitimate body.

He said, This is the only legitimate gathering where authority resides. Any other gathering is illegal and illegitimate but we shall not be provoked.

Olujimi who inaugurated her own campaign council said that injustice breeds impunity adding that if the party stakeholders met and selected people,  no individual including Fayose has the right to void same.

She said though she was not a party to the selection of the campaign council, they have a right to continue with their assignment. “What we said we don’t want is to say that they don’t matter.

Those appointed have started work, they have even written letters to the state government for the release of the Stadium. They were supposed to have been inaugurated on January 3rd. Suddenly everything changed and Fayose tinkered with the list.

“Why we are here is that we are saying that we cannot shift the goalpost in the middle of the game. We are standing by the original list.

The two inaugurations were well attended by chieftains of the party from the state House of Assembly, House of Representatives and Local Government chairmen.