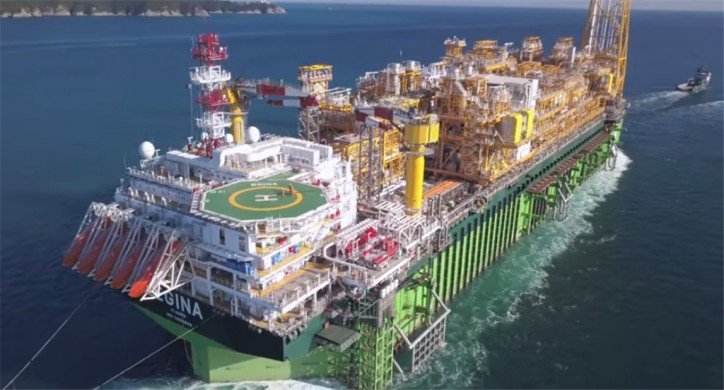 French oil giant, Total has begun oil production from its Egina field, located in 1,600 meters water depths, 150 kilometres off the coast of Nigeria.

However, the euphoria about the new output has been dampened by oil production cut announced recently by the Organisation of Petroleum Exporting Countries (OPEC). The global cartel had limited Nigeria’s production quota to 1.685 million barrels per day against the previous 1.738 million bpd, a cut of 53,000 barrels.

When fully operational, the Egina field will produce 200,000 barrels of oil per day, representing about 10per cent of Nigeria’s total production. The Floating Production Storage and Offloading (FPSO) unit used to develop the giant Egina field is the largest one Total has ever built in conjunction with some local contractors.

Six of the eighteen modules on the FPSO were built and integrated locally, and 77 per cent of hours spent on the project were worked locally.

Start up has been achieved close to 10% below the initial budget, which represents more than 1 billion dollars of CAPEX savings, due in particular to excellent drilling performance where the drilling time per well has been reduced by 30%.

“Total is proud to deliver a project of this size under the initial budget and to contribute to the development of Nigeria’s oil and gas sector by generating employment as well as building industrial capability. Egina will significantly boost the Group’s production and cash flow from 2019 onwards, and benefit from our strong cost reduction efforts in Nigeria where we have reduced our operating costs by 40% over the last four years,” stated Arnaud Breuillac, President Exploration & Production.

“Furthermore, some upside potential nearby remains to be developed and we are studying in particular Preowei discovery tie-back to the Egina FPSO.”

Initially discovered in 2003, the Egina field is the second development in production on the Oil Mining Lease (OML) 130 following the Akpo field, which started-up in 2009. The Preowei field is another large discovery made on this prolific block for which an investment decision is scheduled for 2019.