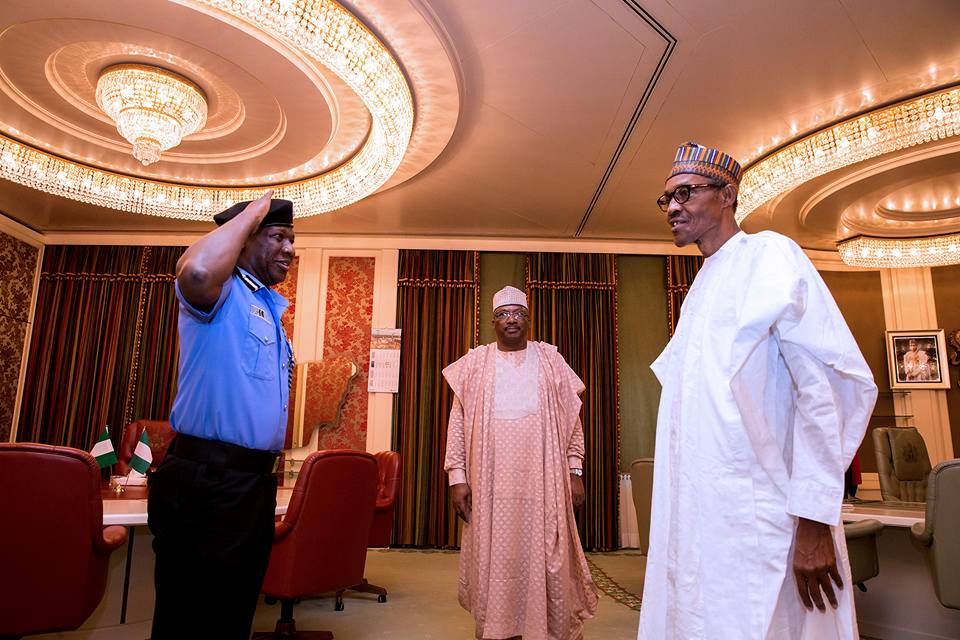 President Muhammadu Buhari, on Friday, met behind closed-doors with the Inspector General of Police (IGP), Ibrahim Idris at the Aso Rock Presidential Villa, in Abuja.

The meeting which held shortly after Friday prayers inside the President’s office. It ended around 2:32p.m but without any official position as to the reason behind the meeting.

IGP Idris was expected to retire from the Police Force after reaching the mandatory 35 years in service, on Thursday, January 3.

There were speculations that he might likely have his tenure extended till after the February elections.

The Peoples Democratic Party (PDP) has, however, called on President Buhari to allow the IGP retire on January 15.

The party said this was one of the ways the President could convince Nigerians and the international community about his promise to have free, fair and acceptable elections in 2019.