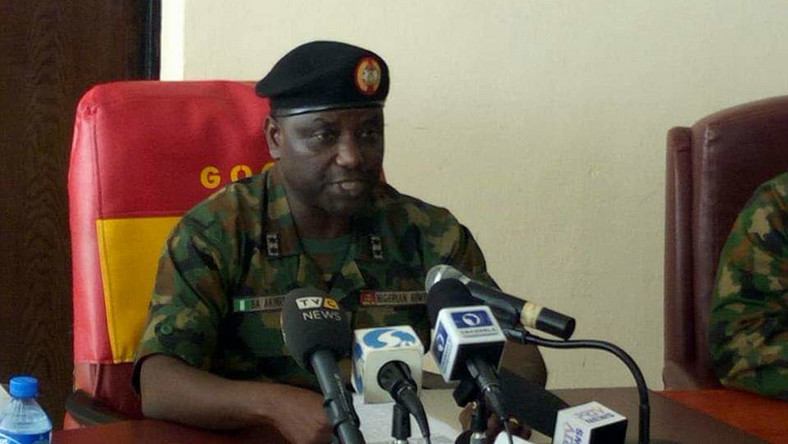 The Theater Commander, Operation LAFIYA DOLE, Maj.-Gen. Benson Akinroluyo, has tasked police personnel deployed to the North East to be professional and respect human rights in the discharge of their duties.

Gen. Akinroluyo gave the charge at the induction exercise of the personnel, on Friday, at the 333 Artillery Regiment, Njimtilo, in Maiduguri, Borno State capital.

He admonished the personnel to display high sense of professionalism and respect for human right laws in the discharge of their duties.

He stressed that “the Force Headquarters and indeed Headquarters of Operation LAFIYA DOLE expects nothing less than professionalism from each and everyone of you as you go about your duties.

“I must reiterate at this juncture that I have zero tolerance for any form of human rights violations.

“You must, therefore, ensure without unduly compromising that you endear yourselves to your host communities and towns in tandem with the popular saying: Police is your friend.”

The theatre commander noted that the police personnel were exposed to the requisite training aimed at equipping and building their confidence.

He said that the training was to enable them to carry out the task of stabilising liberated towns and communities in the theater of operation.

He added that necessary logistics such as sleeping kits, operational and feeding allowances had been provided and assured that all their entitlements would be given to them.

According to him, the personnel will be deployed to Bama, Gubio, Dikwa, Damboa and Maiduguri, saying that other personnel have already been deployed to Damaturu and Biu.

While congratulating the personnel on successful completion of the four-week training, Akinroluyo also called on them to cooperate

and work in synergy with troops and other security operatives in the theatre.

The News Agency of Nigeria (NAN) reports that the Nigeria Police Force (NPF) deployed 2, 000 personnel to the northeast.

They are to augment the efforts of the military toward peace restoration and return of civil authorities in liberated communities.