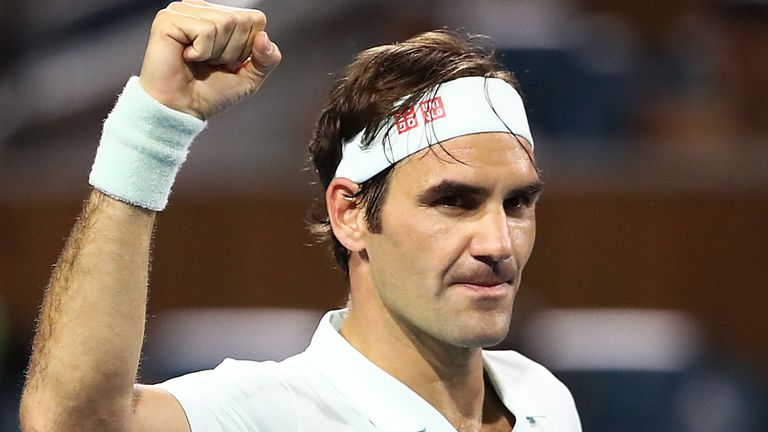 Roger Federer gave India’s Sumit Nagal a harsh introduction to Grand Slam tennis at the U. S. Open in New York on Monday.

This was however after the five-time champion weathered an early storm for a 4-6 6-1 6-2 6-4 win on to reach the tournament’s second round.

When the match began it was Federer who surprisingly looked intimidated under the Arthur Ashe Stadium lights as he sprayed errors all around the court.

But the Swiss great woke from his slumber in time to turn the match resoundingly in his favor.

“I thought I played like my beard today, I was rusty,” Federer, who was sporting a few days worth of stubble, said in his on-court interview.

“I’m going to clean it up for my next match.”

World number 190 Nagal, who has never earned a tour-level victory and only qualified for the year’s final Grand Slam last week, came out swinging and even put a rare look of incredulity on the faces of those inside third seed Federer’s box.

The 22-year-old Indian used impressive court coverage and sent heavily-spinning shots over the net during his dream start but his legs started to look more wobbly as the match wore and Federer righted the ship.

Still, the start to the match for former world number one Federer, who is chasing his first New York title since 2008, could not have been worse as he made 19 unforced errors in the first set.

Federer, playing in his first Grand Slam since he failed to convert two championship points on his own serve against Novak Djokovic at Wimbledon, was down 0-40 while serving for the match but won six of the next seven points to hold for the win.

Up next for Federer, who is seeking a record-extending 21st career Grand Slam title, will be Bosnia’s Damir Dzumhur, who beat Frenchman Elliot Benchetrit earlier on Monday. (NAN)