2019 Presidential poll: Tribunal fixes May 15, May 16 for pre-hearing sittings 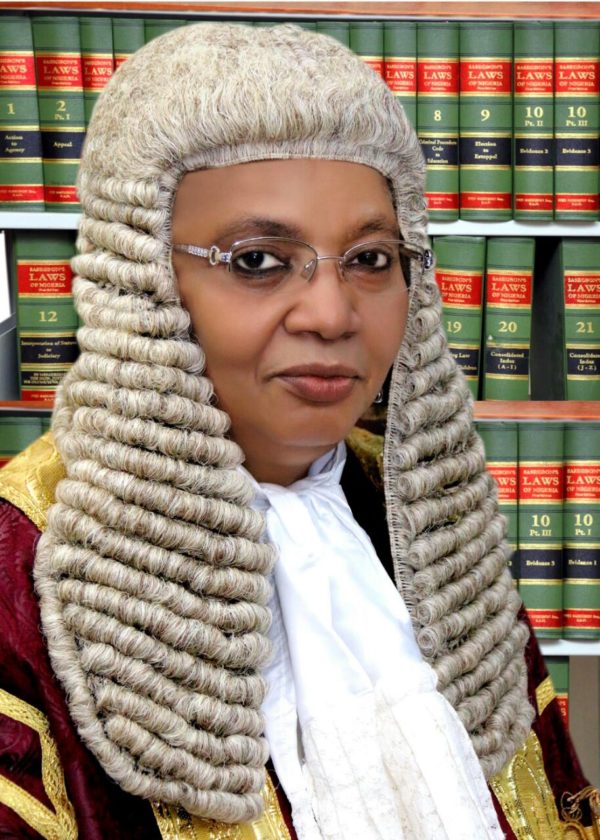 The Presidential Election Petition Tribunal on Wednesday fixed May 15 and May 16 for the pre-hearing session  in the petitions filed by the candidate of PDP in the 2019 presidential election, Alhaji Atiku Abubakar, three other political parties and their presidential candidates.

They are challenging the victory of President Muhammadu Buhari and his party, the All Progressives Congress (APC).

At the inaugural sitting at the Appeal Court complex, Abuja, Chairman of the five-man tribunal panel, Justice Zainab Bulkachuwa,, urge all counsel representing parties in the matter to identify the petitions and applications filed before the tribunal.

Bukachuwa  who is also the President of the Appeal Court, assured all stakeholders that each litigant would be given equal opportunity to present his case in a mature manner.

”We therefore require the maximum cooperation of all the stakeholders, especially from the leaders of the Bar.

”We expect the proceedings to be conducted with decorum, a high sense of responsibility, dedication, and patriotism in our quest to arrive at just decisions in all petitions before us.

”We assure all stakeholders that each litigant will be given equal opportunity to present his case in a mature manner before us,’’ she stressed.

The president also called on counsel to all the parties not to hype the polity after sittings by making a public analysis in the media as to what transpired in the court room.

According to Bukachuwa, proceedings at the tribunal will be treated as any other low profile case, where proceedings in the court are not discuss publicly until a decision is pronounced by the tribunal.

”The independence of the judiciary is the key to any vibrant democracy, especially in the resolution of election petition. Therefore, an independent judiciary is a robust and an indispensable requisite of a free society under the rule of law.

”I wish to use this opportunity to reassure Nigerians and friends of Nigeria, that the the court of Appeal will work accordance and with the dictates of the constitution.

The News Agency of Nigeria (NAN) reports that a group of Atiku supporters who were also sighted at the court premises wielding banners and placards were chanting solidarity songs .

NAN also reports that the five-man tribunal panel has 180 days’ period from the date of filing of the petition on March 18 to hear and deliver its judgment in the case.

NAN reports that Atiku, PDP and the others, in their various petitions, are seeking the nullification of Buhari’s victory at the Feb. 23 presidential poll on allegations of widespread rigging, violations of the Electoral Act, suppression of voters, violence amongst other electoral malpractices.

Atiku, in his petition, specifically asked the tribunal to disqualify Buhari as winner of the February 23 presidential election, on the grounds that he (Buhari) did not possess the requisite academic qualification to contest for the office of President.

The petition, which is premised on five grounds, alleged that Buhari lied about his academic qualification as well as schools attended in his form 001 submitted to INEC for purpose of contesting the 2019 presidential election.

Atiku and PDP had filed their petition against the outcome of the election at the Presidential Election Petition Tribunal (PEPT) in Abuja, on March 18, 2019.

While Atiku and the PDP, in grounds one to three of their petition, specifically attacked the conduct of the Feb. 23, presidential election conducted by the Independent National Electoral Commission (INEC), they asked the tribunal on grounds three to five to disqualify Buhari on the grounds that he was not qualified to have contested the election in the first place and as such all votes accredited to him by INEC should be declared as wasted votes.

Owuru, Habu and Ojinka, in their separate petitions, however, prayed the tribunal to nullify the election of Buhari on grounds of alleged massive rigging of the Feb. 23 presidential election as well as substantial non compliance with provisions of the law by the electoral umpire, the Independent National Electoral Commission (INEC).

Respondents in the petitions are: President Buhari, APC and INEC. However, unlike in all the other petitions, the C4C had included the Vice President, Prof. Yemi Osinbajo, as the 2nd Respondent, with APC and INEC, as 3rd and 4th respectively in its petition.

The HDP and Owuru, in their petition marked CA/EPT/PRE/001/2019, dated March 6 and filed March 7, is praying the tribunal to nullify the election of February 23 and the subsequent declaration of Buhari as the winner on the grounds that INEC has no power under any law to shift the February 16 date to 23.

The two petitioners who claimed to have been excluded from participating in the February 23 poll, averred that the election was invalid by reason of non compliance with provisions of the Electoral Act which stipulate the conditions under which election can be lawfully postponed.

Their main grouse was that they were validly nominated for the 2019 general election, but were unlawfully excluded from the said elections by INEC which de-listed their names and party logo from the ballot papers. (NAN)