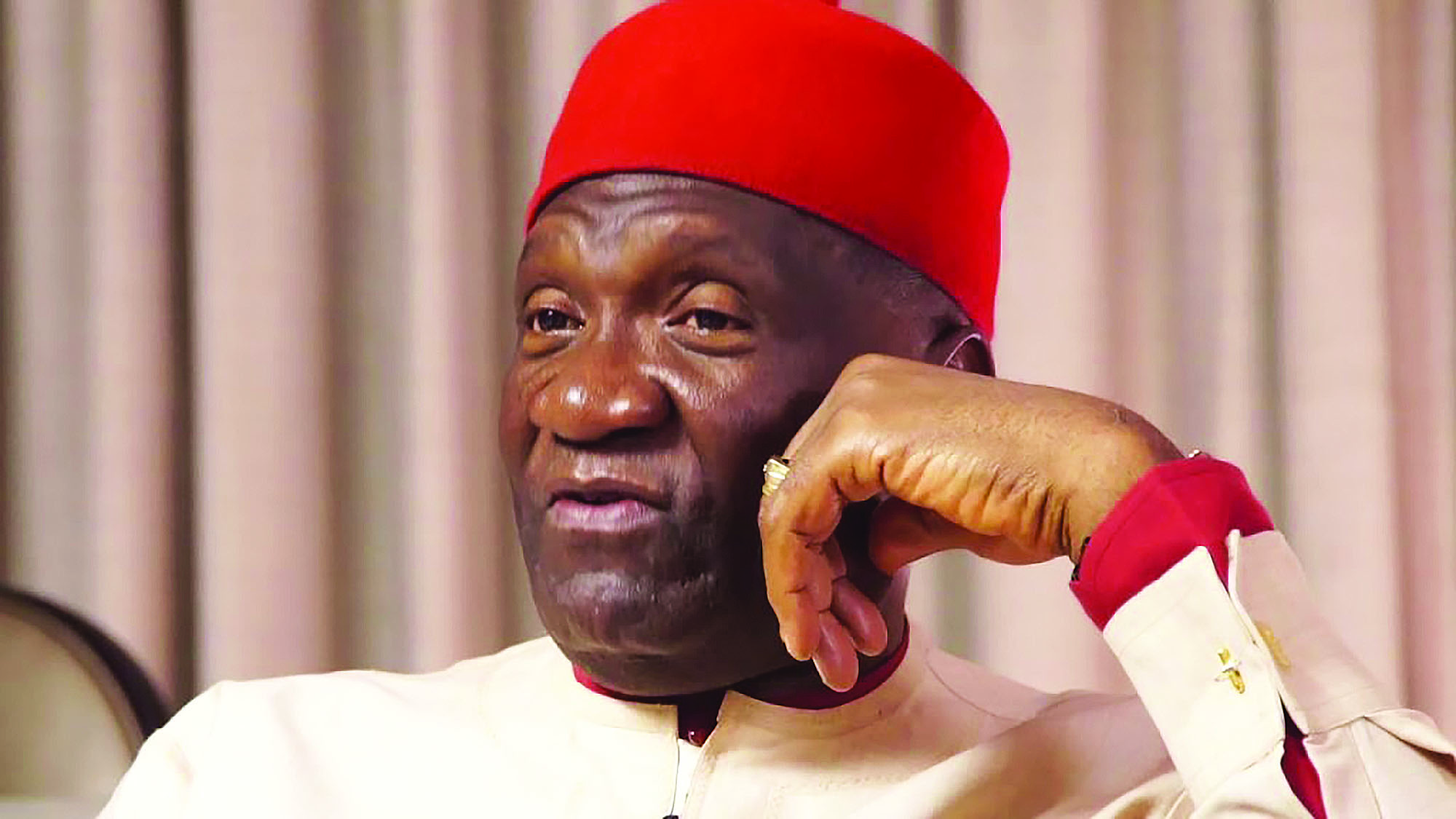 Shortly after the 2015 general elections, a colleague and I did a not-too-scientific audit of the voting process, using the card reader regime. At the end of the exercise, we concluded that, given the customary hitches that dog the distribution of electoral materials, which inevitably delay the commencement of voting at most polling units, it would be almost impossible for 1.3 million registered voters to cast their votes, using the card reader, in any state within the time allotted for the exercise by the Independent National Electoral Commission (INEC). But then, we live in Nigeria, and here, political miracles are an everyday occurrence. My only grouse is that this miracle always fails in such states as Ebonyi, and the polling units of the likes of Speaker Yakubu Dogara. I guess it’s because they are not close enough to God.

But there are too many issues to address one’s mind to, instead of the insignificant humongous figures from some areas, the malfunctioning of the card reader in other areas, the idle talk about some card readers being already pre-loaded (whatever that means) with accredited voters before the commencement of accreditation and the claims that some results being declared aren’t tallying with what some other agents signed at the polling units.

The bottom line, however, is that as this piece would be hitting the newsstands, President Muhammadu Buhari would probably have been declared re-elected. The rest is left to the politicians, their lawyers and the new Chief Justice of Nigeria, CJN.

But, since I don’t want to address any of these issues, I’d rather tell us a story. It is the story of Atoko village and its annual Festival of the Treasury Box. Year after year, the community discovered that more than a few choice jewelries were always missing at the end of every celebration and dancing around town. They decided to do something about it, especially when it dawned on them that some people were always taking the treasury box away midway into the festivities and smartly sneaking it back just before everyone reconvened at the palace.

Seemingly angered by this reoccurrence, the king, who can do no wrong, asked his hunters to unleash their spears and dane guns on festival box snatchers at sight. Some busybody townsfolk protested and reminded His Majesty that the punishment for snatching the ceremonial box is not death sentence, and that even if it were, it is not death by extrajudicial killing. However, several palace jesters shouted them down, saying the townsfolk were canvassing for a pat on the wrist because they were plotting to do the snatching. Even some otherwise respected silks amongst them whipped out their ancient law book, turned the dog-eared book upside down, and began to read it backwards. It sounded like the Law of Moses, but it helped them justify the unjustifiable. The protesters shut our mouths.

Then the Festival Day came, and despite the scary royal order, somebody (born of a woman, and fully circumcised) actually turned up and snatched a box. But there were no hunters in sight to shoot him on sight. And the Dongaris, who were on site, did not even have a Kakaaki, let alone a spear. So, some ‘patriotic’ plebeians, who were on hand decided to hand down the king’s verdict. They mobbed the felon. But the man died not.

However, even more curiously, the same palace chiefs and courtesans, who earlier endorsed the king’s directive, suddenly began to question why the felon was not handed to the Dongaris. And then, they remembered that the right to lynch was only given to freeborns, not slaves. Things became even more unacceptable, to the chiefs, when it turned out that the felon was a freeborn, who should normally be treated as untouchable, in the comity of slaves. The slaves and plebeians are now waiting to see what fate awaits them, as the King, palace chiefs and other freeborns ponder about the development.

That, for me, is the summary of the election in Okota, Lagos, where I registered to vote, several moons ago, but have yet to sight my royal clearance to vote till this day. And talking of Okota, and the show of shame of February 23, 2019, I must confess that, as their tormentors accused them, the Igbo are an ungrateful and tribalistic people. They are the ones voting for PDP in Lagos and, therefore, denying the APC (which is the party of their Yoruba hosts) of its deserved victory.

These same Igbo people, who have the legendary ability to be at four or five places at the same time, were also in Ibadan and different parts of Oyo State, where they voted so massively for PDP that even the legendary Constituted Authority, also known as Gov. Abiola Ajimobi, did not know what hit him. Yes, thanks to the ‘Igbo’, the same man, who was so sure he could install his own successor as governor of the entire Oyo State, could not even make himself senator of a third of the state. The Igbo were also responsible for the neck-on-neck race between Buhari and Atiku in the state. A race that eventually ended in Atiku’s favour.

And as if that was not enough, the Igbo also showed up in Osun, where they reduced the APC winning margin to just a little over 10,000 votes in the presidential election, took about 40 per cent of the valid votes in Ekiti, won the vote in Ondo, and desecrated neighbouring Edo. This Igbo people sef!

Even when the principalities and powers did not allow the Igbo to vote in Kano, they wormed their way into Kaduna, Sokoto, Taraba, Adamawa, and the entire North Central zone – dealing near fatal blows to President Buhari’s re-election bid. All this was after they had given PMB his usual ration of 5% in their ancestral South East zone.

But then, why would anybody be bothered about the Igbo vote, when the Igbo have the least number of registered voters and collected PVCs as clearly indicated by INEC figures – only 8.4 million PVCs?

Of course, we know the truth beyond this figure. The other ethnic groups have always known it, even though the Igbo are only just knowing it.

The reality is: If we all agree that the Igbo are the most itinerant group in the country, why do we keep deceiving ourselves that it is only those captured by INEC and the National Population Commission in the South East that are all the Igbo that exist in Nigeria?

Or is this a deliberate narrative to condition the mind of the Igbo to accept that they are fewer than they really are and cannot, therefore, influence anything that requires the backing of a huge population? That it is only the North and the South-West that can? That even the South-South has a higher chance of making a difference with its population of registered voters than the Igbo? Story for another day!

And, lest we forget, after voting in Okota, Aguda, Alaba, Oshodi, Amuwo and Ajeromi/Ifelodun and Isolo, the Igbo then went to VGC, where they ensured that both Vice President Yemi Osinbajo and Fela Durotoye, who vote at the same polling unit, lost at their unit. From there, they came back to Ikoyi, to frustrate APC governorship candidate, Babajide Sanwo-Olu, at his own boot as well. And after ‘disgracing’ Sanwo-Olu, they then crossed over to Banana Island, where they dealt yet another below-the-belt blow on Buhari and the APC.

Clearly, what happened last weekend is a reconfirmation of a trend that became very glaring as far back as 2011 and 2015. It is not about the Igbo in Lagos – although they played a part. What is happening is about protest voting (as clearly proven by the Ajimobi case in Oyo). It is also a protest against imposition. Is anybody in doubt as to where Governor Willie Obiano asked Anambrarians to vote? People have a right to protest, with their votes.

The voting pattern, especially in Ikoyi, VGC, Banana Island, etc., is clearly in line with the way the elite vote. They are always not on the same page with the government in power or the known political leaders. The elite are more independent minded – especially, when they have no pecuniary attachment to both the government and the political leadership. Unlike the masses, who worship their political leaders, wart and all, the elite are more likely to be cynical and question the status quo. Even if their votes would come to nothing (as in the case of VGC and Banana Island), they would still go ahead and ‘throw it away’, just to satisfy their conscience and ego. It is not because they are PDP or APC.

And then, there is the Igbo vote. Now, the Igbo vote in Lagos last weekend was not likely against APC. It was a vote against Buhari and how he is perceived to have treated the Igbo. From my findings, many of those who filed out against Buhari on Saturday are waiting to vote Sanwo-Olu in another two weeks. That would only change if they were now put to the sword for voting against a Buhari that has not shown them a lot of love. You can’t beat a child and also stop him from crying. Even if they were unable to vote out Buhari, they too, like the elite have satisfied their conscience that they registered their protest. After all, that is what democracy is all about: the minority would have their say, and the majority would have their way.

And what is democracy if we are all expected to vote one way? It does not matter if the sitting government is doing so well, and giving us everything we need, we still have the right to say no to even a good thing. Has anyone bothered to ask himself why, even in the US and the United Kingdom, the electorate change the ruling party almost every eight years?

Yes, as a guest, courtesy and native intelligence demands that one does not rub one’s host on the wrong side, but we can always put up a mild protest when the host becomes too overbearing.

But, come to think of it, what was APC expecting when, instead of addressing the festering crises in many of its state chapters, PMB, rally after rally, asked party faithful to vote for him and then vote for any other candidate of their choice? That, of course, is the recipe for anti-party activities! And everyone partook in the anti-party – from Lagos to Ogun, Oyo, Benue, Plateau and even Kwara, where, I’m told, the ‘Oto ge e’ movement transcended party divides.

I think we, in Okota, were just desperately trying to find an explanation – just any explanation, for our electoral misadventures, without taking responsibility for our own incorrect decisions. We were looking for a fall-guy. And in Nigeria, anything we are too mentally lazy to deeply interrogate and explain, we simply heap on either religion or ethnicity. The 2019 elections were no exception.

FOR THE RECORD: Democracy won’t be emasculated in Nigeria – Atiku Abubakar