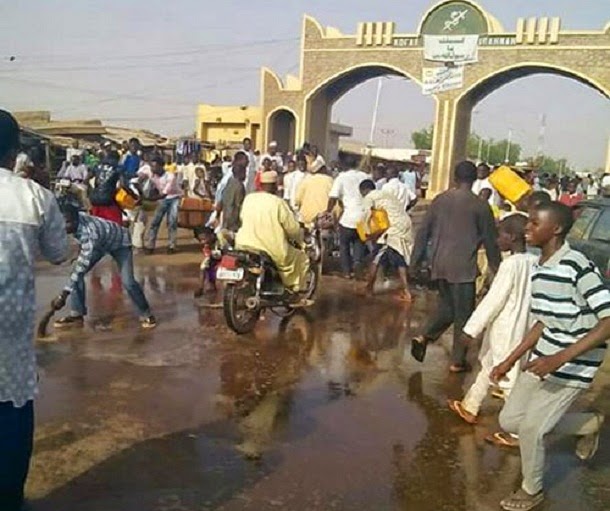 The Buhari Support Group (BSG), Polling Unit 003 in Sarkin Yara A Ward in Daura, has started sensitising the electorate toward the re-election of President Muhammadu Buhari and Governor Aminu Masari in 2019.

The Chairman of the group, Malam Ali Dahiru-Daura, told News Agency of Nigeria (NAN), in Daura, on Thursday, that BSG had commenced door-to-door, village-to-village and a town-to-town sensitisation and mobilisation of voters in Daura, Baure, Sandamu, Maiadua and Zango local government areas to ensure that the duo were re-elected in the next general elections.

He said that the Buhari administration had in the last three years brought unprecedented transformation, especially in critical sectors of the nation’s economy, stressing that “Nigeria has regained its lost glory, especially in the international community.”

Dahiru-Daura further said that the administration had constructed and rehabilitated hundreds of roads and rail lines across the six geopolitical zones of the country, adding that rail transportation was now alive and running steadily.

He noted that other sectors that witnessed unique transformation were the security, agricultural and social investment, stressing that thousands of unemployed youths had been empowered through the N-power programme, TraderMoni and other initiatives.

He added that the administration had discouraged ‘artificial kind of life’ and encouraged the life of reality through its anti corruption crusade and adherence to due process in both private and public conduct of individuals.

He emphasised the need for Nigerians to re-elect President Buhari to enable him to continue with the good work of re-positioning the nation, saying “I am sure that the next four years of Buhari administration, if re-elected, would be years of prosperity, development and massive dividends of democracy.”

Alhaji Ibrahim Killi, the Grand Patron of the group, described Buhari and Masari administration as “great blessings to Nigeria and Katsina State, considering the positive transformations so far recorded.”

He said that the Masari administration had reformed education through construction of additional schools, recruitment of teachers and provision of school furniture and promotion of teachers’ welfare.

He noted that the Masari administration had also settled in billions, the inherited backlog of pension and gratuities of retired civil servants and promoted those who deserved to be elevated.

He said that the instances of cattle rustling and banditry had been seriously addressed, saying “however, the recent incidents of banditry in neighbouring Zamfara State was causing a spillover effect in some parts of the state in spite of efforts of the Katsina State Government to stem the tide.”

Killi called on the electorate to vote wisely by supporting the change agents and shunning money bags with a “do or die” political philosophy.