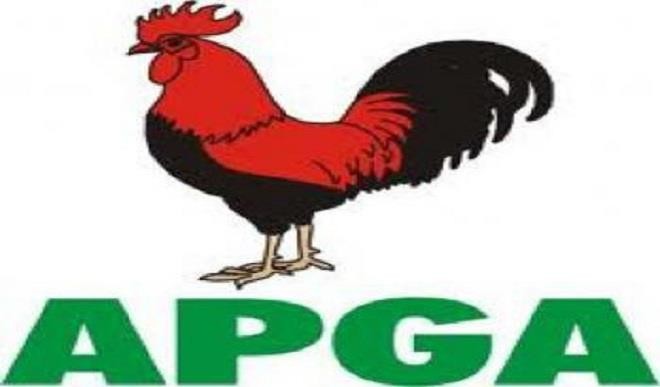 The All Progressives Grand Alliance (APGA) in Abia State has urged the state government to provide a level-playing field to ensure credible leaders emerged in 2019 polls.

Chairman of the party in the state, Rev. Augustine Ehiemere, gave the charge in an interview with the News Agency of Nigeria (NAN), in Aba, on Tuesday.

The chairman was reacting to alleged attacks of the member representing Aba North/Aba South Federal Constituency, Mr Ossy Prestige and his entourage in Uratta, Aba, on Sunday.

NAN reports that some hoodlums suspected to be supporters of the PDP attacked Prestige vehicles and broke all the windshields when they went to hand over the Uratta Road to a contractor for reconstruction.

Ehiemere condemned the attack adding that such attitude should be discouraged in the state.

“What happened is really barbaric. As APGA state chairman, our duty is to advise the government in power to give political parties level playing ground in campaigns in the state.

“As APGA member in the Federal House of Representatives, Ossy Prestige is responsible to his constituency.

“What we are talking about in a democratic dispensation is giving the people the dividend of democracy.

“He attracted the reconstruction of a bad road which had remained so for over seven years now. PDP has not done that for many years.

“In doing that, Ossy Prestige was attacked and obstructed. You should also be aware that this same man gave scholarship to 150 Abians to study in Germany, when the government in power learnt of it they went to Germany and stopped it,” he alleged.

Ehiemere expressed the hope that Abians would be ready to change the government in power come 2019.

Efforts to reach the state PDP chairman, Chief Johnson Onuigbo on the issue did not yield results as his phone was reporting unavailable. (NAN)