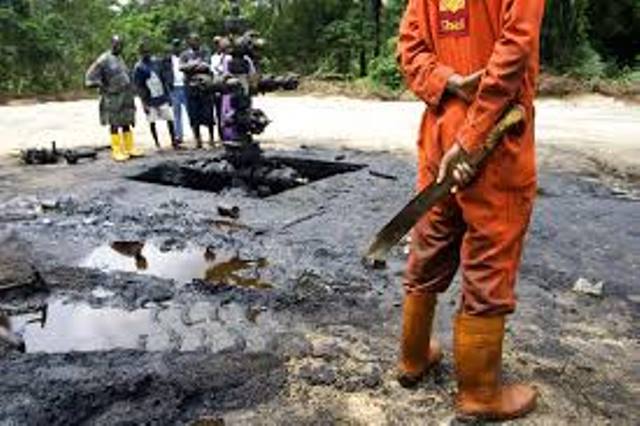 Idabor made the call in an interview with the News Agency of Nigeria (NAN), in Abuja.

“But with the amendment bill, it will criminalise any company that pollutes the environment.

“And if they know that it is a criminal offence and that they can be sent to jail for polluting the environment, they will be more careful in their operations,’’ he said.

According to him, oil companies, and their managing directors, should be held responsible for such acts which are in defiance of NOSDRA orders.

“It will give NOSDRA more powers to protect and respond to environmental pollution, help support the clean-up of Ogoni and also enable remediation of communities impacted by the oil industry in the Niger Delta.

“The bill will enforce increased fines and penalties for defaulters as well as monitor the decommissioning of oil facilities and hold oil companies accountable.’’

He also said that most of the loopholes in NOSDRA’s operations had been blocked in the amendment bill so that oil companies would be made to obey the law.

“What these oil companies do here, they cannot do in their home countries.

“So, we are still looking for ways to enable the communities of the Niger Delta get what they deserve in terms of compensation.

“At the same time we also want them to cooperate with us and know that what they are getting is nothing compared to the damage that is being inflicted on the host environments.

“We are concerned about the impact on the people. If the oil spill is sighted by the community members, they should immediately report to us, either by telephone or by making any other contacts.

“We have regional offices in Port Harcourt, Warri, Bayelsa, Akwa Ibom, Imo, Kaduna and Gombe and so you are to report to the nearest office.’’

Idabor said that any oil company that failed to stop the spill within 24hours would be sanctioned.

“We have been doing that and they have been paying.

“We also have others in court,’’ he said.

“Pollution is very dangerous; here in NOSDRA, we’re concerned with the health of the people because most of them are not aware of the dangers of crude oil pipeline vandalism and its by-products.

“Several of its products are metallic and casinogenic and they have hazardous substances.

“One of our primary jobs is to create awareness, because some communities give their children crude oil to consume when they have convulsions.’’

He urged people of oil producing areas not to expose themselves to crude oil and to desist from pipeline vandalism.

He warned that the environment would be damaged adding that the damage would be detrimental to future generations.

NAN reports that NOSDRA is the Nigerian government agency responsible for monitoring and responding to oil pollution in the Niger Delta.

The NOSDRA Amendment Bill has been passed by both arms of the National Assembly and is awaiting the president’s assent. (NAN)