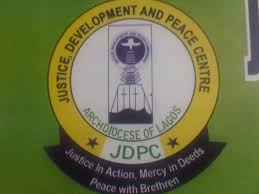 The Justice Development and Peace Commission (JDPC) has donated N14.376 million to 599 families affected by the recent flood disaster that ravaged some parts of Kogi State.

The coordinator of the JDPC, in Lokoja, Diocese of the Catholic Church, Rev Fr. Leonard Odomeja, confirmed this to the News Agency of Nigeria (NAN), on Monday.

Odomeja said that the donation was made with the support of the Catholic Agency for Oversea Development (CAFOD).

The secretary of the JDPC in Lokoja Diocese, Mr Simon Enejoh, while shedding more light on the gesture from the organisation said that it was meant to show solidarity, love and affection towards the victims.

He said that many of the victims had lost their farmlands, personal effects and houses to the flood disaster.

He said that that the cash donation was to enable them start life all over again.

Enejoh enjoined public-spirited individuals, corporate and faith-based organisations to also reach out to the victims who he said needed supports at this critical period of their lives. (NAN)

9 die in auto crash in Enugu