1914 amalgamation not an accident –Tambuwal 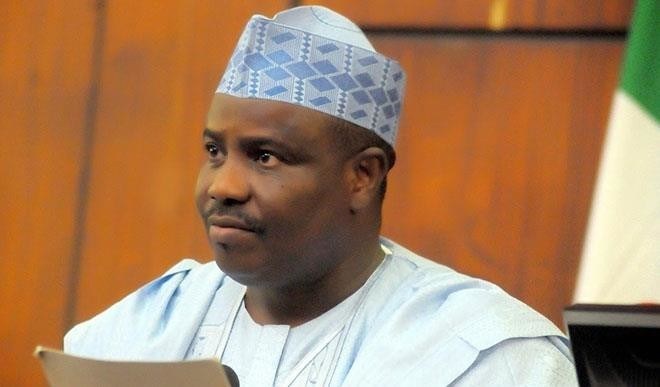 Governor Aminu Waziri Tambuwal of Sokoto State has reiterated that the amalgamation of the Northern and Southern Protectorate of Nigeria in 1914 was not an accident, but a divine arrangement by God.

He therefore, call on Nigerians to make the union work and serve as example to the rest of the world.

The governor stated this when he received members of Course 10 of the Immigration Command and Staff College, Sokoto led by it’s Commandant, Assistant Controller of Immigration David Adi.

The Governor, reiterated his commitment to a united Nigeria that cater for the need of all her citizens.

He said “the 1914 amalgamation of Nigeria is not a mistake like many are insinuating.

“No it is not so. If God did not want us to live together  as one people in this country He would not have allowed the union to be.

Tambuwal charges Nigerians to make the union work to serve as example to the rest of the world that it is possible for people of different equal number of adherents of different faith Christianity and Islam to cohabit in this same country as one people.

“We must not be 100% adherents of the same faith. No. I know we have about two hundred and fifty tribes in this country and we are about 180 to 200 million people and by 2030 we will be the third most populous nation in the world.

Tambuwal urged Nigerians to emulate Singapore that is less endowed with resources like Nigeria but have similar features with the country in terms of diverse tribe and Nigeria, yet the nation is working.

He said: “there is no state in Nigeria without deposit of mineral resources of commercial quantity.

“Singapore don’t have this, but the country  utilise  its human capital resources and today they are among the world most viable and stable countries economically.

Earlier in his address, the Commandant of the Immigration Command and Staff College, Sokoto, ACG Dr. David Adi said he is leading the 60 course participants of the10th command course for a courtesy visit who commenced their study since 22 September 2019.

The commandant thanked the governor for the support and assistance to the College.