17-yr-old girl connives with lover, 25, to fake own kidnap 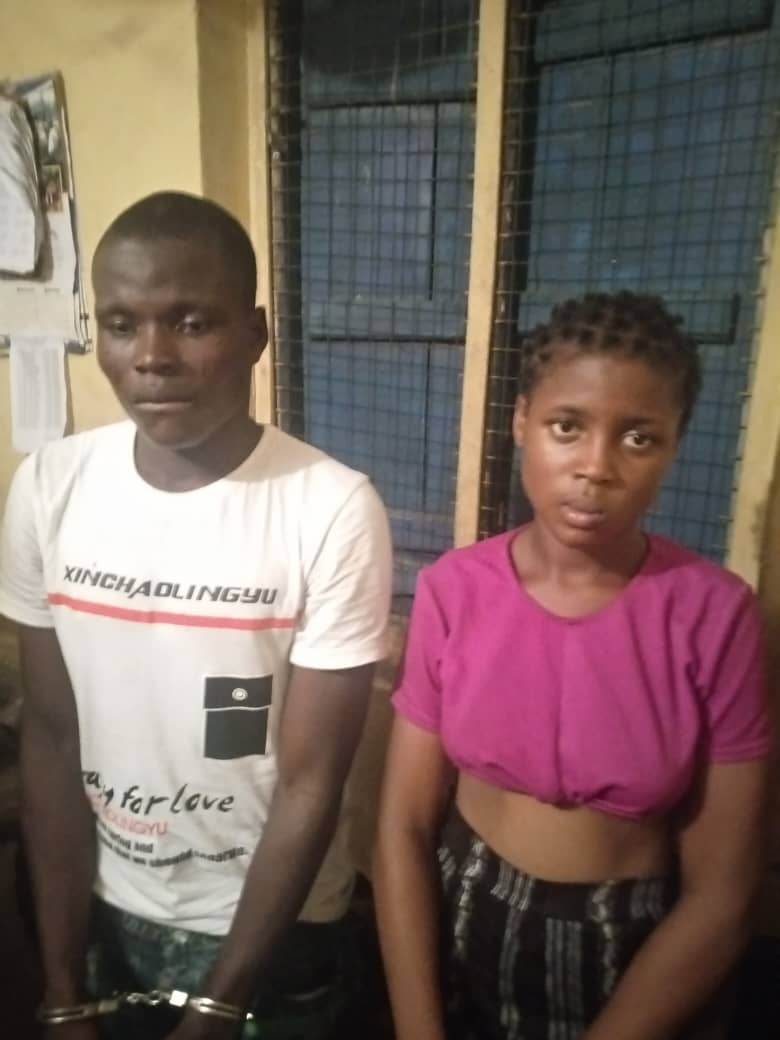 A 17-year-old girl, Seun Adekunle is in trouble for conniving with her 25-year-old lover, Basit Olasunkanmi, to fake own kidnap.

It was learnt that Olasunkami, a butcher who lives at No. 4 Ogun Radio, Abeokuta, conceived the idea and talked the teenage girl into same.

Investigation revealed that the suspects had demanded a ransom of N500,000 from Adekunle’s family.

Confirming the arrest of the suspects, the Ogun Police Public Relations Officer (PPRO), Abimbola Oyeyemi, in a statement on Friday, revealed that the suspects were arrested after the mother of the girl reported the matter to the Enugada Police Division.

Oyeyemi stated that the mother told the police that her daughter had left their No. 32 Agura Road, Abeokuta residence for Lafenwa market on June 1.

“ The woman said her daughter did not returned since then. She stated further that she received a call from someone two days later. The caller told her that Adekunle had been kidnapped, and demanded for the sum of N500,000 as ransom if she wanted to see her daughter alive. The caller also warned her not to make the mistake of reporting to the police if she still needed her daughter.

“ Upon the report, the Enugada Divisional Police Officer (DPO), Baba Hamzat, a Superintendent of Police (SP), quickly led his detectives on technical and intelligence based investigation which led them to the hideout where the girl and her boyfriend were hibernating and pretending to be with kidnappers.

“ They were promptly arrested and brought to the station. Preliminary investigation revealed that the boyfriend who is a butcher was the one who brainwashed the girl and lured her into the devilish plan because he needed money to settle some only God knows problem, ” Oyeyemi said.

The PPRO further stated that the Commissioner of Police, Kenneth Ebrimson, had ordered the immediate transfer of the case to State Criminal Investigation Department (SCID) for further investigation and possible prosecution.