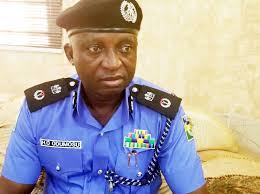 A 13-year-old male student of Foldemi Private School, who was suspended from school for two weeks, following an allegation of sexual assault levied against him by a classmate, has committed suicide.

The deceased, an SS1 student, simply identified as Juwon, had reportedly gulped a bottle of Sniper insecticide, on Wednesday afternoon, after receiving the news of his suspension.

It was gathered that a female student of the school, located at Ola Farm area of Abaranje, Ikotun, Lagos State, identified as Chinaza, had reported to the school management that the deceased had touched the buttocks of another female classmate.

READ ALSO: http://Op. AMOTEKUN, the best thing that has happened in Yoruba race after Awolowo – Fawehinmi

Although Juwon insisted he did no such thing, the school management frowned at the act, thereby suspending him from school for two weeks.

Devastated by the suspension, Juwon, who was immediately sent home had, on getting home, reportedly drank the poisonous substance and was already unconscious before his parents returned.

He was reportedly taken to an undisclosed hospital where a doctor certified him dead. His corpse was taken to the cemetery and buried immediately.

The case was also reported at the Ikotun Police Division, where investigation was said to be ongoing.

However, the said suicide had sparked serious protest in the area, where residents described the action by the school as ‘brutal and unnecessary’.

Students of the school had allegedly attempted to attack Chinaza, who was whisked away from the school.

Lagos Police Public Relations Officers, Elkana Bala, was contacted for comments on the incident, but he did not respond to several calls put to his phone number.

Bailouts to governors to address social menace, others – Buhari