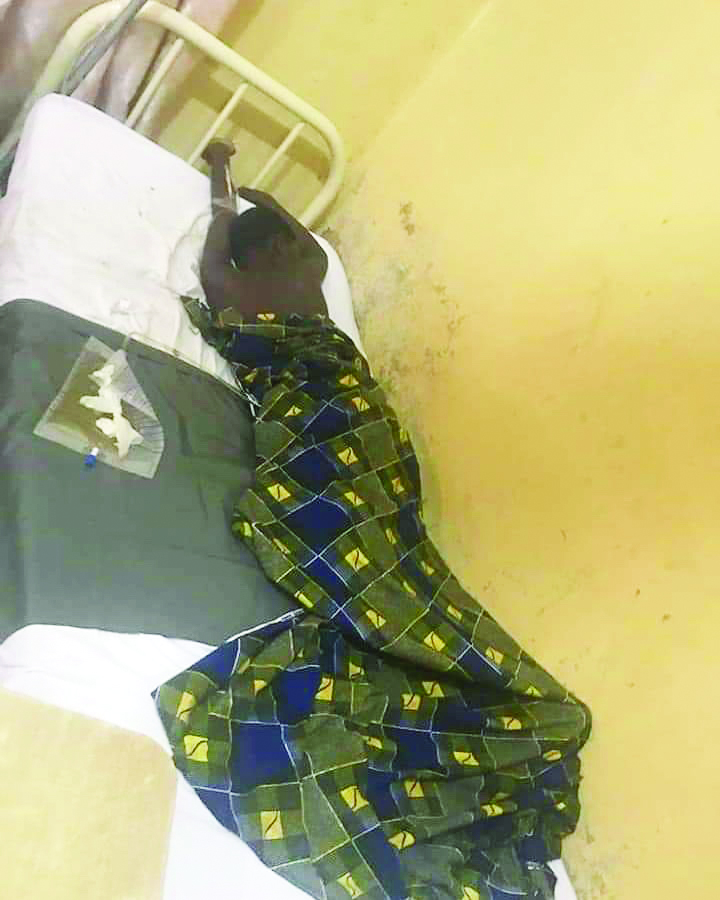 A 12-year-old girl (name withheld) has been delivered of a baby girl through caesarean section.

The young mother, who has passed through hell in life, was reportedly raped and deflowered by a pastor, abused sexually by a traditional chief, and eventually raped and impregnated by a 40-year-old neighbour, while the corpse of her late mother was still in the mortuary.

The victim, it was learnt, was recently delivered of the baby at seven months through CS, at Irua Specialist Hospital, Irua, Edo State.

According to her new guardian, Mr. Harrison Emefiena, the victim lost her father long ago and was sent to live with a pastor by her mother. The pastor, took advantage of her and deflowered her at Age 6.

He  said: “The 12-year-old girl is now a mother. She lost her father years ago, and her mother sent her to live with a pastor of a renowned denomination. At age 6, she was raped by the pastor and she was later sent to live with a traditional healer, who continued to rape her. However, she was living with her aunt where a next door neighbour, a 40-year-old man, raped her, while her mother’s lifeless body was still lying in the mortuary.”

Harrison alleged that the suspects were previously arrested, but were latter allegedly released by the police.

“We left Asaba, Delta State, to Irua, Edo State, where we met her in the hospital. First, I must commend the management of the hospital for their effort to save the child and her baby girl. The three perpetrators were arrested before, but were released by the police and NAPTIP.”

An email sent to the Commander, Edo NAPTIP, Benin Zonal Command, Mr. Nduka Nwanwenne, to confirm the claims of Mr. Harrison has not been responded to as at the time of this report.

Also, the Police Public Relations Officer, for Edo State Police Command, DSP, Chidi Nwabuzor, is yet to respond to a text message sent to his mobile phone number, seeking for confirmation of the report, as of the time of this report.