12-year-old girl gives birth to twins after being raped 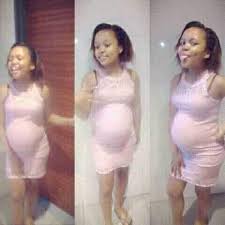 A 12-year-old girl has given birth to twins in Argentina after allegedly being raped and denied the right to legal abortion.

The twins were delivered by caesarean at the Children’s Hospital Dr Hector Quintana located in the city of San Salvador in the Argentine province of Jujuy.

The young mum, who has not been named, was allegedly forced to wait until the twin foetuses reached a certain level of maturity before the op could be carried out on November 29.

She has now been placed under the care of the Children’s Ombudsman due to her parent’s “legal situation”, according to a statement by the Network of Health Professionals for the Right to Decide on November 30.

The statement condemns the caesarean surgery on the 12-year-old, saying she had the right to a legal termination of pregnancy given her young age.

It goes on to criticise provincial authorities for allowing the operation, which will leave a permanent scar on the victim’s body and could potentially lead to psychological issues down the line.

The network accused officials of “buying time” to ensure the only option was to have the birth despite the fact they have a specific protocol which is carried out with UNICEF.

The protocol allows teens under the age of 15 to have access to legal abortions given the health risks involved with underage pregnancy.

It also claims the National Direction of Sexual Health contacted provincial authorities and offered to immediately help the girl but were met with delays.

It is unclear what reasons officials gave for stalling the case.

There have been no further reports on the current status of the twins or the alleged rape case involving the 12-year-old girl.

In Jujuy Province, there have been 685 births from adolescent mothers this year alone.

Of those cases, 20 were girls aged between ten and 14 years who were raped, according to local newspaper TodoJujuy.