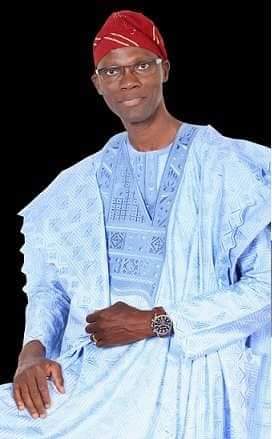 The Chief of Staff to Lagos State governor, Babajide Sanwo-Olu, Chief Tayo Akinmade Ayinde, has congratulated all the newly elected chairmen, their vice and all the councillors in Onigbongbo Local Council Development Areas, LCDA.

In a congratulatory letter personally signed by him and made available to journalists., the Chief of Staff said ” it gives me joy that you won the chairmanship election that was concluded recently.”

“You have shown your political dexterity and i am impressed with your clear vision and ability to win the election against the opposition party. Through your hard work, the electorates have entrusted their votes in you, to lead them for another four years in the grassroots, and with your vice-chairman and the councillors representing our great party APC won with huge margins”, he said

Ayinde, therefore, urged all the newly elected councillors to come together as before and work with their chairmen to set agenda for the improved socioeconomic development of the council area, while, he referred to the outcome of the election as ‘Victory For All’.

“I salute your ability to complete your tenure as the vice chairman and later as the executive chairman after the sudden death of your former boss Hon Francis Babatunde Oke”, he said

“As you embark upon your new responsibilities, on behalf of the ‘Apex Leaders” under the leadership of Dr Abayomi Oluyomi Finnish, I wish to assure you that we will continue to stand by you and give you maximum support as you steer the ship of the council”, Ayinde assured.

He further congratulated the chairman and the entire councillors, just as he assured them of further collaboration and support.

“Once more, accept my warm congratulations on your election victory and my best wishes for your success as you prepare to take up the responsibilities and challenges of the high office”, Ayinde said

70 year-old man divorces wife, says he no longer loves her