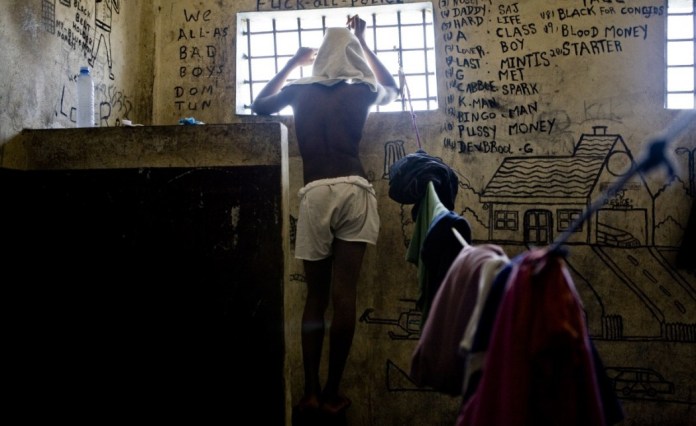 The Embassy of Nigeria in Chad, on Friday, said no fewer than 102 Nigerians were in the country’s prisons, serving varying jail terms.

Charge d’Affaires in the embassy Mr Nasiru Waje disclosed this in N’djamena to some Nigerian journalists on a working visit to Chad.

He said that the inmates, some of whom had not been convicted, were in various prisons across the country.

Waje, however, stated that 39 of the prisoners had regained freedom following the intervention of the embassy.

He said that the Nigerians were held for various offences, including smuggling and attempting to use routes in Chad to enter Europe.

The envoy also said that 8, 000 persons who fled communities in the North-East due to persisting Boko Haram crises, were in Chad and had been registered as refugees.

He said that additional 5,000 victims of the insurgency were registered by the United Nations High Commissioner for Refugees (UNCHR), adding that there were many other unregistered refugees also in Chad, from Yobe.

Waje said that Nigeria and Chad had very cordial relationship, stemming from their linguistic, religious and cultural closeness “and existing feeling of oneness among their border communities.”

He added that both countries had five agreements which he noted had strengthened the relationship.

“All the agreements have helped in stimulating development in both countries.

“For instance, Chad has granted permit to Nigeria, based on the security agreement, to pursue fleeing criminals from Nigeria into the country, and Nigeria has also granted same permit to the Chadian Government.

“It has helped to reduce or eliminated havens of criminals in both countries.

“The waiver on payment of residence permit has encouraged more Nigerians to come into Chad and it is also encouraging increased marriages between nationals of both countries,” he said.

The envoy said that the air agreement had led to Chad Airline and Maersk Airline deciding to fly Nigeria’s route.

According to him, the coming of these two airlines will eliminate the monopoly being enjoyed by ASKY Airline, which goes to Nigeria only twice in a week and charges very high rate.

On activities of the Multi-National Joint Task Force (MNJTF), Waje said that its operations had restored the corridor or business among the countries in the Lake Chad Basin, particularly between Nigeria and Chad.

“Chadians were really suffering and their economy was down, but the operations of MNJTF have significantly helped in boosting business activities in Chad and making the economy vibrant.

“Livestock business, which Chad is known for, is really thriving now and Nigeria is benefitting from it.”

Earlier, Col. Tukur Gusau, Public Relations and Liaison Officer to the Minister of Defence, who led the newsmen on the visit, had said that the mission was to acquaint the media with MNJTF’s operations on the insurgency.

He said that terrorism, especially in the Lake Chad Basin and the activities of the Task Force were under-reported in the media.

Gusau noted that the huge efforts of MNJTF and governments in the region in combating the Boko Haram insurgency had remained unreported, making it seem as if nothing much was being done to check the terrorism. (NAN)