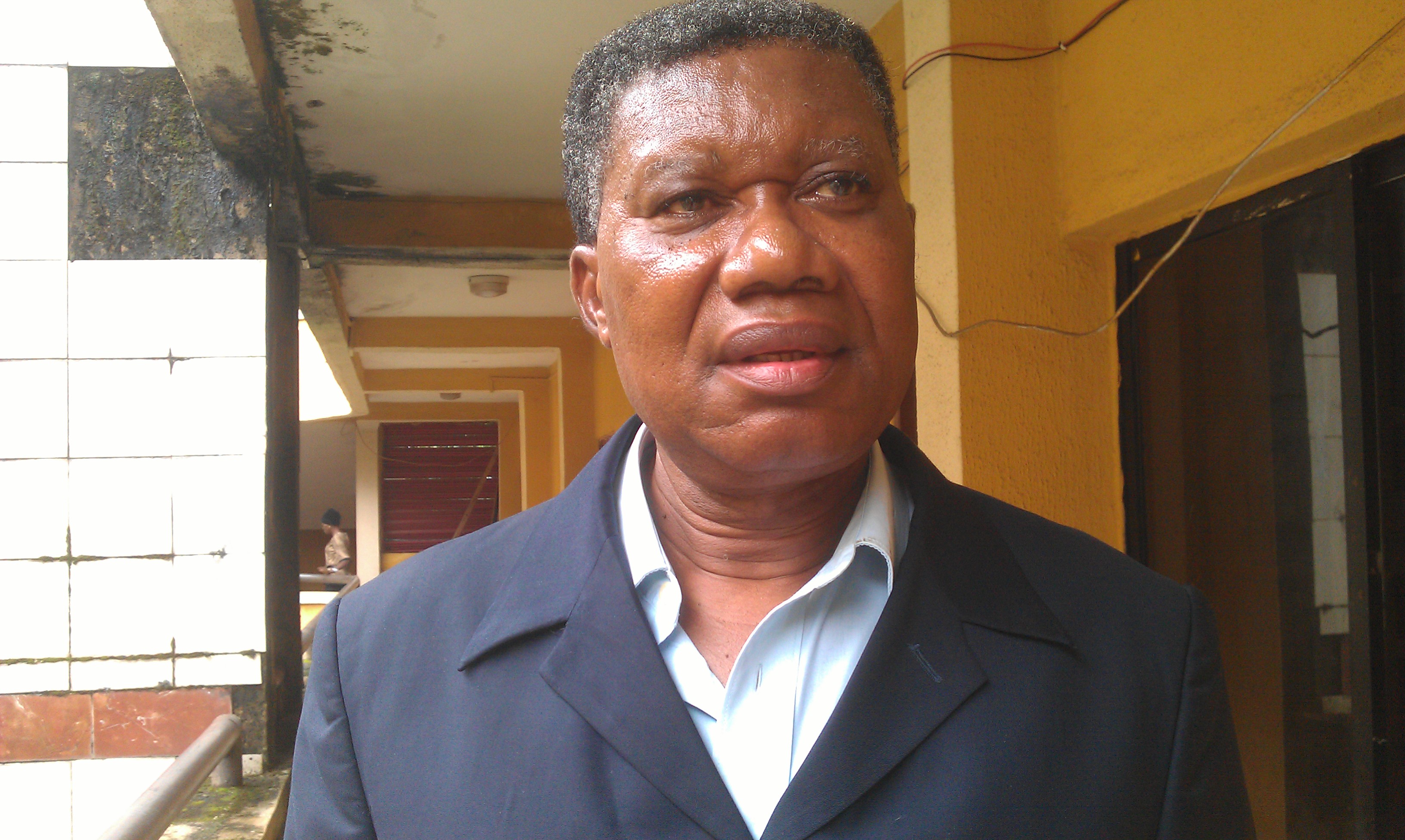 Hon. Oliver Ewenerem was a former member of the Imo State House of Assembly, representing Ezinihitte Mbaise State Constituency. He was also the state Coordinator, National Poverty Eradication Programme of the Federal Government. He is currently the Special Adviser to Governor Emeka Ihedioha on Technical and Vocational Training and Education. In this interview with our correspondent, Johnkennedy Uzoma, in Owerri, he appraised the achievements of Governor Ihedioha in his first100 days in office.

How far has Governor Emeka Ihedioha gone since his assumption of office?

You know that for eight years, Imo State was more or less kidnapped, locked up. The place was not opened up for anybody or even to international or national businessmen. Every Imo man ran away from here. Those who would have contributed to the development of the state ran away because of the style of governance in place by Governor Rochas Okorocha. Actually Rochas Okorocha was not here to govern the state but to take Imo as his personal estate, using his brothers, sisters and relations. I have never seen anything like that and it has never happened anywhere in the world.

However, in the last three months, Governor Emeka Ihedioha has been opening up the state and a lot of Imo sons and daughters who have a lot of talents are coming in to contribute their own quota. You can see the massive influx of talented and great men and women, coming into the state. People now want to come in and contribute to the development of the state. That is the major thing the governor has achieved in 100 days in office. And as we move on, people would continue to see the massive effect of opening up the state. I am happy that in the long run, Imo people have been rescued from the clutches of backwardness created by one man.

READ ALSO:How I clothe people with my gifts

What is your take on the calibre of people appointed by the governor to help him in piloting the affairs of the state?

The choice of those working with the governor is in order. You can find politicians, technocrats and young talented people chosen to work and all of them are there working together under the coordination of the governor to move the state to the next level.

There have been lots of criticisms that the governor recycled old politicians, what do you have to say?

The state government set up a panel to investigate the activities of the past government on land. Is this not a distraction?

If the governor did not set up the panel of enquiry on land, Imo people would have stoned him. Everybody who has been in the state knows that there was land racketeering during the era of the past administration in the state. The immediate past governor and his family saw land scattered all over Owerri, which is supposed to be used for the development of the state and cornered it for themselves. Imo people are desirous to see how far their land had been taken. The former governor appointed his son in-law as commissioner for lands after they had racketeered and taken away people’s land and shared it. He turned around and made him chief of staff. Land is very important and I believe when the judicial panel of enquiry concludes its work, Imo people will see how they had been cheated. So, it is a right decision

Are you comfortable with the setting up of the Recovery Team by the governor? Do you think something could come out of it?

It is unfortunate that the outgone governor, Rochas Okorocha, did not hand over to the current government. It is an aberration that they did not write out what they inherited and what they left behind. All they did was to take away everything, including bed sheets. The committee is working very hard and they are making a lot of recovery. They have the records of things recovered. At least, we now have an idea of all the properties they took away, including vehicles. Could you imagine that this government does not have one single vehicle from the past administration? All the commissioners and other appointees took away their vehicles, including generators, which ordinarily should be left behind. So, they are doing very well by exposing what the past government did.

After 100 days in office, Imo people had expected that by now, some physical things ought to have been put in place by this government. Are you not disturbed?

Let me tell you, when you talk about 100 days in office, you are talking about three months in the life of government that has four years to stay in office. You cannot use 100 days to judge a government. But be that as it may, this government has done a lot. This government has already set up solid structures that never existed before that would bring about development in the state. The government would have been able to open up a space for Imo sons and daughters, experienced and talented people, human capital, who are now coming back to develop the state. It is human beings that develop their state and not by gossip or propaganda. These people are coming back, young, meaningful, experienced people, not armed robbers. They are coming back to develop their state. This is one of the greatest achievements of this administration.

Members of the international community are here now. The other day, members of the European Union came to Imo and they visited the governor. They were never here in the last eight years and they have decided to open up their South East office in Owerri. Do you know what it is? Because the previous administration was a pariah government but the present one is a friendly government. The Germans have come here and they want to invest in the development of technical and vocational training. They are here already. This government has achieved a lot in the last 100 days. The governor has visited so many places and embassies and places and he is opening up the space. The state you know was full of ills and people were dying. The drains have been distilled and government have started replanting of tress, bringing back echo system to the state unlike when everywhere was locked up because the previous governor was only pulling down every threes and putting blocks. The government of the day has been able to set its objective very well and every meaningful Imo man would know the direction of government and that is the major thing that has been achieved in the last 100 days.

How would you react to the statements of the former governor against Governor Ihedioha and the party?

Rochas in the first place is a criminal and con man. And he does not have shame. It is unfortunate that the space has allowed him to come home, otherwise he should be stoned. He ruled Imo for eight years and everybody knows that he is a thief. It is not something that is hidden. Everybody knows that he is an evil man. Even the former President Olusegun Obasanjo knows him very well. Can he come here again? He can’t because nobody would allow him to come in again. The last time he came, he sneaked in. Let him come in the open. Who has ever seen Rochas, moving in the streets of Owerri when he was a governor? That is unfortunate and the truth about the matter is that there is no how you can compare Rochas with Governor Emeka Ihedioha. Governor Ihedioha was a legislator par excellence, who got to the point and everybody knows him and his pedigree. The governor was the deputy speaker and the House of Representatives never found him wanting. The governor has no criminal records. It is only that God has given him to Imo people to develop the state. Okorocha has nothing to offer, that is why he sneaked into the state to intimidate the people with the money he stole when he was governor, using it to carry out propaganda. We are not talking about propaganda, rather the development of the state so that people can find jobs and be secured and so that investors can come in. This man never paid any single counterpart funding. He was only interested in pocketing federal allocations that come to Imo State and shared the lands of Imo people.

What areas would you advise government to pay particular attention to in the development of the state?

Not even a matter of advising government but the truth is that this government has great vision for the state in terms of technology development. And government wants to make sure that our children are trained in technical and vocational areas so that in the next three years, Imo would be a hub of technological development. The governor has a great vision that in the next three years, Imo people would be feeding themselves, especially in agriculture. Talking about infrastructure, roads in the state shall be given facelift. This time around when a road is constructed, it would last for a longer period, not a matter of building roads that would not stand the test of time before going bad. Education would as well be given facelift in the state as far as government is concerned. There is a lot that the government has in stock for the state and that is the great vision of the government.

There is fear that free education instituted by the previous government may be scraped?

It depends on what you mean by free education. There has never been free education in the state. Go and ask any student in the Imo State University. Those things are booby traps. They are propaganda materials. Students pay more money and they are crying. What happened is that the con man that ruled the state was cheating people. If he gives you something with his right hand, he would go behind and collect it with his left hand. When Governor Ihedioha visited the Imo State University as a visitor, I was with him. The students were shouting that the money they pay should be cut down. Students pay between N200,000 and N500,000 during their screening before they are given their papers to go. So, is that free education? Governor Ihedioha wants to give qualitative education that is meaningful; attract quality teachers and make one to be taught. Our people should be able to get out of cheating themselves.

Don’t you think that with the All Progressives Congress, APC, controlling the government at the national level, it may be difficult for the PDP government in the state to perform?

Recall that the best time Imo developed was during the era of the former governor Samuel Onunaka Mbakwe. Mbakwe was in the Nigerian Peoples Party, NPP, while former President Shehu Shagari was in the National Party of Nigeria, NPN. Mbakwe was able to develop Imo State and made her the cleanest state and drive the economy of the state. States from across the country, such as Lagos were coming to borrow a leaf from the state. What matters is what programme you have for the state, as a leader and how the leader tends to mobilise the people in the state.

Curbing incest: The most common form of abuse at homes (2)