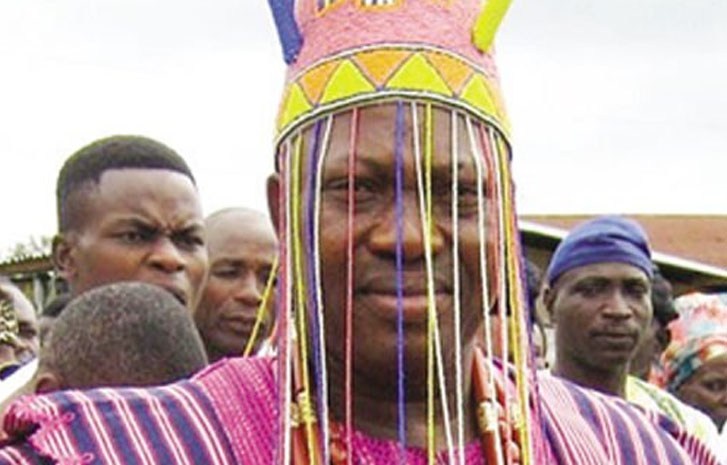 The renewed crisis of power tussle between the traditional ruler of Ikere Ekiti and another king seeking official recognition from government has claimed the life of one person with two others injured on Thursday evening.

News Agency of Nigeria, (NAN) reports that supporters of the two rival kings of the town, the Ogoga of Ikere Ekiti, Oba Adejimi Adu, and Olukere, Oba Ganiyu Obasoyin, reportedly engaged in a bloody clash.

The rivalry between them had lasted for many years.

Tbe two injured persons were reportedly wounded through gunshots during the violent clash.

The two kings had been embroiled in crisis over supremacy as tbe Ogoga, Oba Adenimi Adu had never supported the idea of a second king for the town.

However, on the other hand, the Olukere, Ganiyu Obasoyin,  wanted the status quo changed, rejecting all attempts to reduce his status to a mere chief priest and consequently deny him recognition as an Oba.

NAN reports that the scenario had for years polarised the ancient town, with residents shifting loyalty to either of the two opposition camps.

Local sources confirmed that the incident happened around the popular roundabout close to Olukere’s palace around 6pm.

According to the witnesses, the clash was said to have caused panic in the town as people had to scamper for safety as a result of the severity and sporadic nature of the gunshots .

Those traveling on the Akure-Ado Ekiti highway had to take a detour and returned to their bases to avoid being caught in the web of the crisis.

NAN learnt that the Ogoga, Oba Adu, was preparing for the annual Odun Oba and part of the rituals was for his people to dance around town on Thursday to perform some rituals, before trouble started.

“As they were doing this, the traditional hunters were shooting sporadically.

“The bullet hit a commercial motorcyclist and two others who belonged to Olukere’s camp and that was the beginning of the crisis,” a witness said.

Confirming the incident, the Police public Relations Officer (PPRO), Ekiti Command, Mr Caleb Ikechukwu, said one cyclist died as a result of clashes during the traditional event while one person was wounded.

“One other man was also wounded and now receiving treatment in a hospital.”

Ikechukwu said the crisis had been quelled while his men were already on ground to prevent further escalation of the conflict.(NAN)